Zee News has filed a complaint with the Election Commission against Punjab minister Navjot Singh Sidhu and other Congress leaders over the incident of “Pakistan Zindabad” sloganeering at an election rally in Rajasthan’s Alwar. 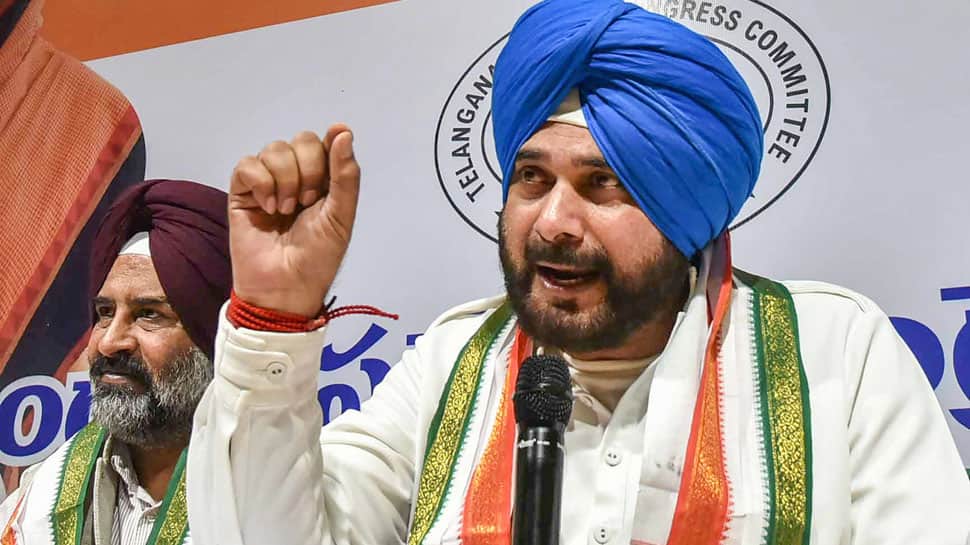 Zee News has filed a complaint with the Election Commission against Punjab minister Navjot Singh Sidhu and other Congress leaders over the incident of “Pakistan Zindabad” sloganeering at an election rally in Rajasthan’s Alwar.

Congress spokesperson Randeep Singh Surjewala and party leader Karan Singh Yadav have also been named in the complaint. The complaint has been filed against the Congress leaders as they allegedly violated the model code of conduct by allowing anti-national forces to raise pro-Pakistan slogans.

Filed a complaint to the Election Commission of India against @INCIndia in the Navjot Sidhu-Pakistan Zindabad case. Sharing a copy with all of you. @ZeeNews is committed to taking this case to a logical conclusion. pic.twitter.com/Lzb4regCsM

In its complaint, Zee News has sought a detailed investigation into the incident and strict action against members of the Congress party. A CD containing a Facebook live video of the event where the slogan was raised and other videos filmed by some eyewitnesses has also been submitted before the Election Commission.

Zee News had shown the video of some people raising “Pakistan Zindabad” slogans at Sidhu’s rally, following which the Congress alleged that it was doctored. While a complaint was launched on social media, Sidhu threatened to take legal action against Zee News.

Some Congress leaders, in fact, tweeted suitable videos that omitted the part where slogans were raised.

Taking to Twitter, Surjewala had claimed that the slogan raised at the rally was “Sat Sri Akal”. Surjewala had tweeted a video of the rally to buttress his claim. However, Zee News Editor-in-Chief Sudhir Chaudhary demolished Surjewala's allegations too and established that the video posted by the Congress leader was suitably edited and showed the proceedings after the "Pakistan Zindabad" slogans were raised.

The video of the pro-Pakistan sloganeering at Sidhu’s rally was widely circulated and broadcast by several news channels in the neighbouring country.

Around 12.4 lakh deaths in India in 2017 attributable to air pollution: Study