India, China ripping us off, we don't consider them as developing nations: Donald Trump

The statement from Trump comes at a time when the US and China are currently engaged in a bruising trade war after the Trump Administration imposed punitive tariffs on Chinese goods and Beijing retaliated. 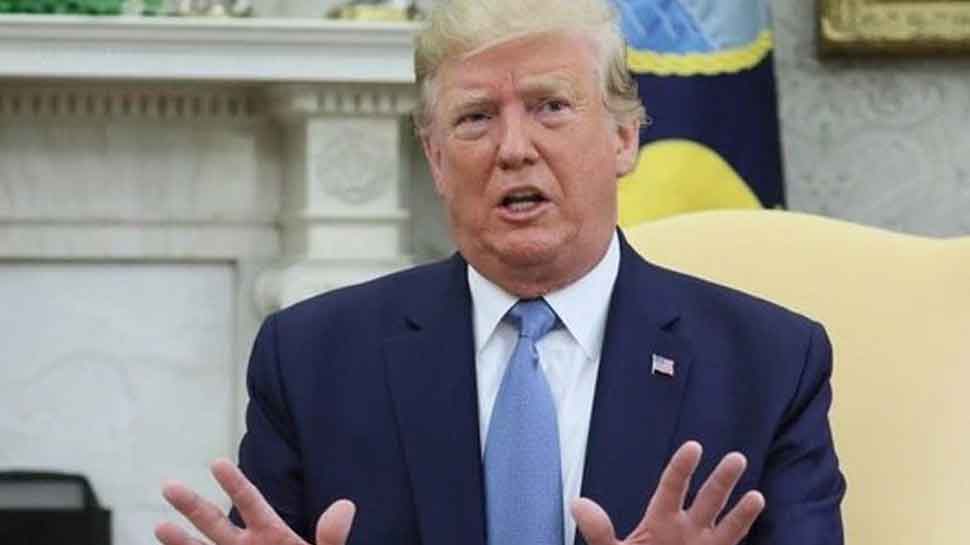 WASHINGTON DC: United States President Donald Trump has said that both India and China are no longer "developing nations" as the two were "taking advantage" of the tag from the WTO.

President Trump further stated that his administration has written a letter to the World Trade Organisation (WTO) urging it not to consider India and china as developing nations the two were ripping the US off.

The statement from Trump comes at a time when the US and China are currently engaged in a bruising trade war after the Trump Administration imposed punitive tariffs on Chinese goods and Beijing retaliated.

Trump has also been very vocal of India for levying "tremendously high" duties on US products after which he described New Delhi as a "tariff king".

However, China is trying hard to reach a phased agreement in a protracted trade dispute with the United States and cancel tariffs as soon as possible, its Commerce Ministry said on Thursday, adding that trade wars had no winners.

“The final goal of both sides’ negotiations is to end the trade war and cancel all additional tariffs,” Gao said. “This would benefit China, the US and the whole world. We hope that both sides will continue to work together, advance negotiations, and reach a phased agreement as soon as possible.”

Chinese premier Li Keqiang said both China and the United States need to resolve the issues through dialogue. He made the comments on Thursday when he met delegates led by Evan Greenberg, chairman of the U.S.-China Business Council.

“China will create an internationalized business environment ruled by law where domestic and foreign firms are treated equally,” Li said. “Property and intellectual property rights will be strictly protected.”

Amid the ongoing US-China trade war, the managing director of the International Monetary Fund, Bulgarian economist Kristalina Georgieva, has urged the two countries to move toward full "trade peace" - and not simply a "truce" - after the recent partial agreement between Washington and Beijing that would scale back tariffs on each other`s imports.

In her first press conference as IMF chief at the international organizations` annual assembly on Thursday, Georgieva emphasized that it is important, despite the deal, for there to be "trade peace" and not merely a temporary "truce", Efe news reported.

"It`s really good news that the US and China are talking to each other," Georgieva told journalists at the start of the IMF meeting, but "it`s not good enough."

According to IMF estimates, but the full scope of the US and Chinese tariffs currently in place on one another`s goods will reduce world annual economic growth by 0.8 per cent, but Georgieva said that the recent deal, as it currently stands, could lessen that loss by "0.2 per cent."

"What we need is to reach, not just truce, we need to have trade peace," so that trade can "return to its role of an engine of the world economy," she said, after having replaced French economic Christine Lagarde as IMF chief in early October.

This week, the IMF is presenting at its assembly its latest global forecasts.

The US-Chinese trade war will reduce growth in both nations in 2019 and 2020, and that slowdown will drag down the rest of the world economy, which this year will grow by just 3 per cent, its slowest rate since the financial crisis.