On Wednesday, Congress had accused the Narendra Modi government of adopting "double standards" on defence agreements. 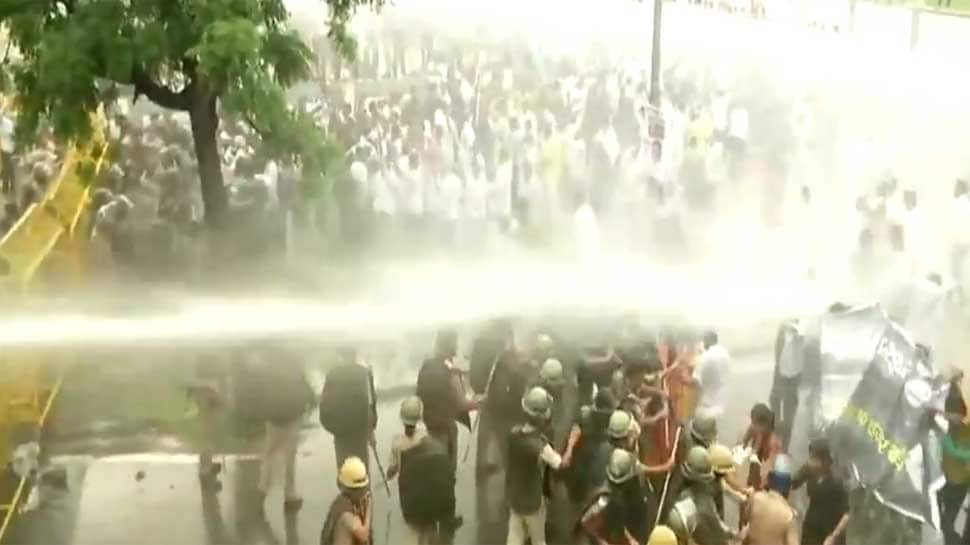 JAIPUR: The Jaipur Police on Thursday used water cannon on Congress workers who had gathered to protest over the Rafale deal. Congress has been holding protests across the country to brief them about the alleged irregularities in the deal with France to procure 36 Rafale fighter jets.

#WATCH: Police use water cannon on Congress workers who were protesting over Rafale deal in Jaipur earlier today. #Rajasthan pic.twitter.com/UQXsZKovkf

On Wednesday, it had accused the Narendra Modi government of adopting "double standards" on defence agreements and asked why it did not adopt the same yardstick in the Rafale deal when it had disapproved Russia's move to grant offset contracts to a private player for AK-103 rifles.

The party said the "trigger of Modi government`s AK-47 deal with Russia has backfired for the Rafale `scam` and made it more murkier". "A fallacious argument of the Modi government on the Rafale scam has been nipped in the bud, by its own recent negotiations in another defence deal, which is the AK-rifle deal with Russia," said Congress spokesperson Abhishek Manu Singhvi.

"That the Rafale deal was a government-to-government agreement and the Modi government had absolutely no role in facilitating the Rs 30,000 crore offset contract," he added.

"Modi government has reportedly advised Russia that its firm Kalashnikov Concern should tie up with the state-run Ordnance Factory Board if it wants its proposal to manufacture the AK-103 assault rifles in India to be considered by the Defence Ministry," said Singhvi.

"Why did it not apply the same principle in the Rafale deal? Why did the government not advise Dassault Aviation to negotiate further with government-run HAL?" asked Singhvi.

The party said the MoD last month said that if the Russians wanted to partner with a private Indian entity, they must come through the `tender route`.

"Since the government has virtually given up `Make in India` in defence, by only getting an investment of Rs 1 crore till now, it is imperative for them to clear the air on the same. The nation is waiting for a clear answer on this doublespeak," Singhvi said.