It is reported that the accused is mentally disturbed and it is because of this that he may have made the call threatening he had planted a bomb. 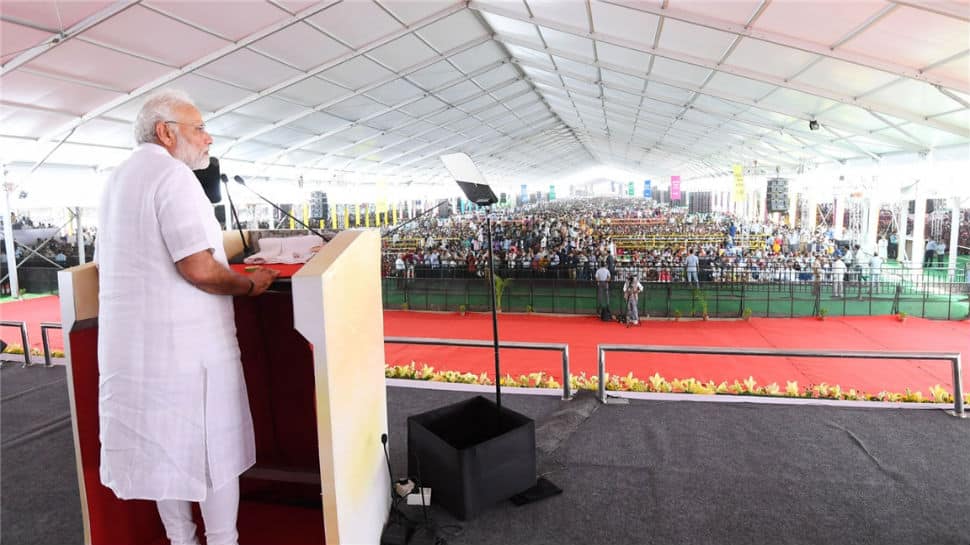 PM Modi during a public interaction in Jaipur. (IANS Photo)
Share:
Written By:

New Delhi: A man was arrested by Anti-Terrorism Squad (ATS) on Saturday for allegedly making a phone call in which he alleged that he had planted a bomb at a rally in Jaipur to be addressed by PM Narendra Modi.

Dinesh Saini, a resident of Sri Madhopur, allegedly made the call to the Officer on Special Duty (OSD) of Rajasthan chief minister Vasundhara Raje and claimed that he had planted a bomb at a rally where PM Modi was to address supporters. It is reported that Saini has even admitted to having made the call.

Saini was apprehended when the matter was reported to the police and the call was traced back to him. ATS officials swooped in to make the arrest.

While Saini is being interrogated, it is reported that he may be mentally disturbed and could have made the call because of his condition.

PM Modi was in Jaipur's Sawai Man Singh Stadium at a little after noon on Saturday and inaugurated several projects in the poll-bound state. While the security machinery was sent into a tizzy after the bomb threat, it is not the first.

Last year, Delhi Police received a call claiming that a bomb had been placed at the venue for PM Modi's rally in Mou. The culprit was quickly arrested and subsequent searches proved that the call was indeed a hoax.