Three persons were killed and several houses and shops were damaged on Thursday in a cloudburst in the hilly Doda district of Jammu and Kashmir, police said. 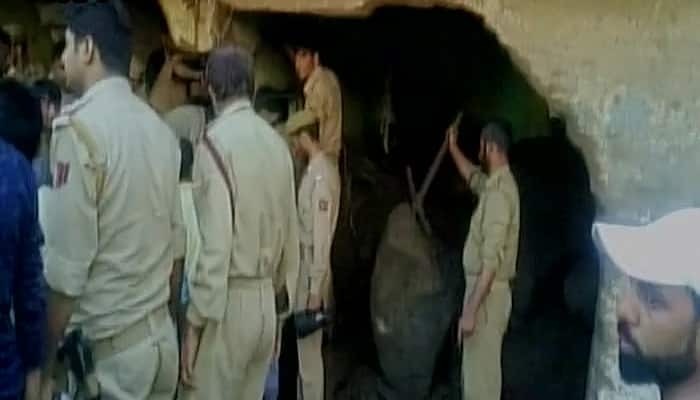 Jammu: The death toll in flash floods that occurred in Jammu and Kashmir Doda's due to a cloudburst rose to six.

Earlier today, at least three persons were killed and several houses and shops were damaged after a cloudburst in the hilly Doda's Thatri, police said.

The cloudburst hit Thathri town after midnight triggering a flash flood in the area, the police added.

"We have recovered three dead bodies from the debris of the collapsed houses so far. Two persons have been rescued alive. The rescue operation is still going on," they said earlier.

Over half a dozen houses and four shops have been completely damaged in the cloudburst.

Six persons, including a 12-year-old boy, were rescued from under the debris. A search is on for the boy's parents.

"Flash flood triggered by cloudburst hit Thathri town at 2.20 am resulting in a massive increase in the level of the 'nullah' flowing along the Jamai Masjid locality close to the town" a police officer said.

Dy SP (headquarters) Doda, Iftkhar Ahmed, said the water level and silt suddenly rose in the drain after the cloudburst, washing away several structures along its path leading to the main market.

The extent of damage could not be immediately ascertained.

"We cannot assess the exact loss of life or property immediately as we are in the middle of rescue operations trying to save those still trapped under the debris. As of now, a 12-year-old boy has been rescued," Ahmed said.

Several others were still under the debris and causalities could not be ruled out, he said.

"The entire district administration along with the police and Army have started rescue operation on a war footing," the police official said.

The Batote-Doda-Kishtwar National Highway (NH1B) was closed due to huge boulders at Thathri market triggered by the cloudburst.

(With inputs from Agencies)