A brief exchange of firing took place between terrorists and security forces in south Kashmir's Shopian on Friday. 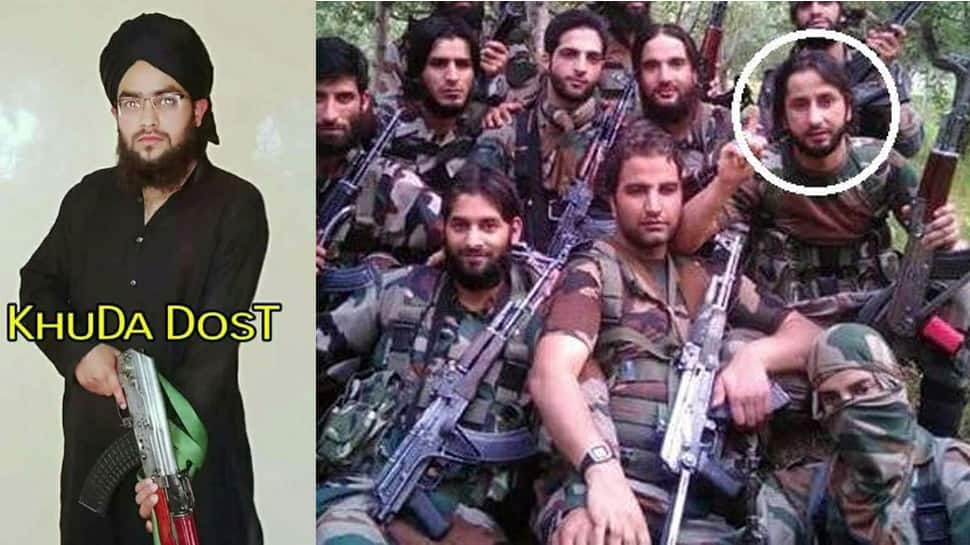 Srinagar: Three terrorists, including top Hizbul Mujahideen commanders Tariq Molvi alias Mufti Wakas and Lateef Tiger, have reportedly been killed in an encounter with security forces in south Kashmir's Shopian Friday, sources told Zee News. Authorities are yet to confirm this. An Army man was also injured in the incident.

The third terrorist has been identified as Sharik Ahmad Nengroo of Chotigam Shopian.

Two AK 47 rifles and a Self-Loading Rifle has been recovered from the area. Search and cordon operation is underway.

An exchange of fire took place between terrorists and security forces in Adkhara area of Imam Sahib of Shopian district on Friday morning.

“Brief exchange of firing between Security forces and terrorists in Shopian. The area is under cordon. Information is preliminary in nature,” said the police.

A joint team of 34RR and Special Operations Group (SOG) launched an operation in Imam Sahib following inputs on the presence of terrorists in the area.

The internet has been suspended in the area. Railway services for South Kashmir was also put on hold.

Shopian is one of the worst violence-hit districts in the state following the death of Hizbul commander Burhan Wani during an encounter in July 2016. Shopian falls under Anantnag Parliamentary Constituency which is going to polls on Monday, May 6.

Last week, security forces eliminated two more Hizbul terrorists in an encounter in Anantnag district. The terrorists were identified as Safder Amin Bhat (25) and Burhan Ahmad Ganie (25). Bhat, a Class 9 passout, joined Hizbul Mujahideen in May 2017. Ganie, also know as Saifullah, was pursuing Bachelor of Physiotherapy and had been a member of the terror outfit since June 2018.

After almost 30 years, a Kashmiri Pandit returns home in Jammu and Kashmir's Srinagar