The restrictions had come into force after the Pulwama attack. 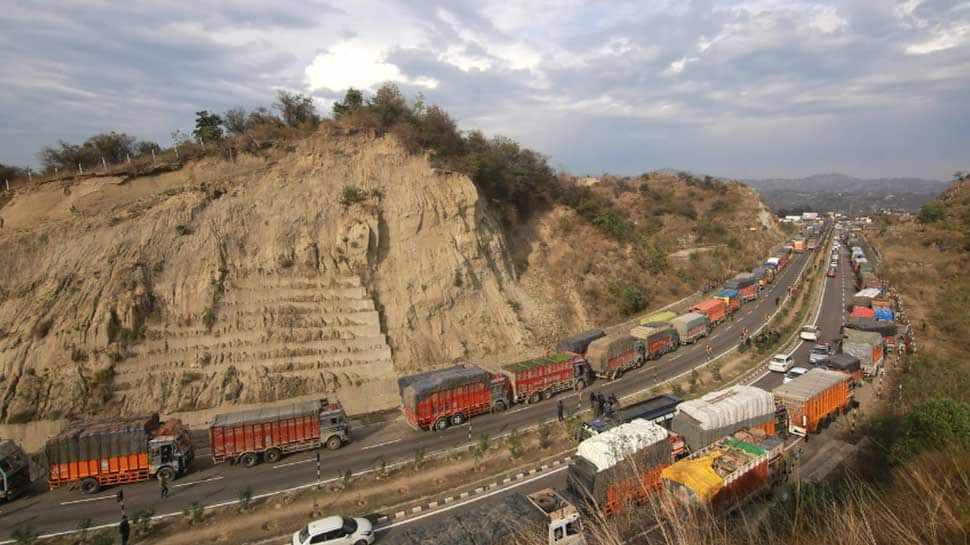 Srinagar: The Jammu and Kashmir governor's administration on Tuesday withdrew an order restricting the movement of civilian traffic on the national highway between Srinagar and Jammu from May 27.

An official statement said following a review of the security situation in the state and of the requirement of security forces' convoys, Governor Satya Pal Malik has decided to lift the remaining restrictions on civilian traffic movement on the national highway connecting Jammu to Srinagar with effect from Monday.

May 26 will be the last day of restriction on the movement of civilian traffic on the highway.

The state administration had earlier on May 7 reduced the number of days from two to one and allowed civilian traffic on Wednesdays. These restrictions had become necessary following the movement of security forces on an unprecedented scale after the Pulwama terror attack, according to the statement.

The forces were required both for anti-militancy operations and for smooth conduct of the general elections.

In order to facilitate safe and secure movement of convoys of the security forces, the state administration had imposed prohibition on civilian traffic on the highway from Baramulla to Udhampur twice a week — Sunday and Wednesday — from 4 am-5 pm.

Elaborate arrangements were, however, made by the local administration to facilitate the movement of the public during the period of restriction, it claimed.

Earlier, restriction on civilian movement between Srinagar and Baramulla on the highway was limited to Sunday with effect from April 22 and later completely withdrawn from May 2.

Restrictions on the Srinagar-Udhampur stretch were limited to just one day from May 13.

"After a detailed review today with all security agencies, civil and police administration in connection with the preparations for the Shri Amarnathji Yatra, the governor directed that there should be no restriction on civilian movement on the highway from Monday next," the statement said.

The restriction had come into force after a suicide bomber triggered an explosive-laden car next to a bus of a CRPF convoy leaving 40 personnel dead.

'Dubious' exit polls another Balakot in the making: Mehbooba Mufti