Service rifle of policeman snatched at gunpoint in J&K's Kishtwar

Suspected terrorists snatched the service rifle of a policeman in Jammu and Kashmir's Kishtwar district late on Friday. 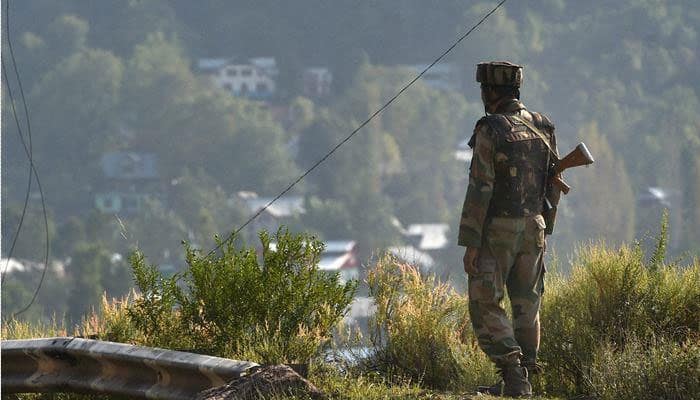 JAMMU: Suspected terrorists snatched the service rifle of a policeman in Jammu and Kashmir's Kishtwar district late on Friday.

PSO Daleep Kumar claimed that some masked gunmen intruded into his residence at Shaheedi Mazar area of the town late night and decamped with his AK-47 rifle and mobile phone after threatening him and his family, the officials said.

They said the area was immediately cordoned off and a massive hunt has been launched to nab the gunmen and recover the looted weapon.

The PSO was being questioned, the officials said adding further details are awaited.

Suspected terrorists killed a senior BJP leader and his brother in the town in November last year.

The case was handed over to the National Investigation Agency but the culprits are still at large.