Threat to Amarnath Yatra? At least 450 terrorists waiting at launch pads along LoC to infiltrate into Kashmir: Report

Intelligence agencies have warned that at least 450 terrorists are waiting to infiltrate into the Indian side of the border in J&K. 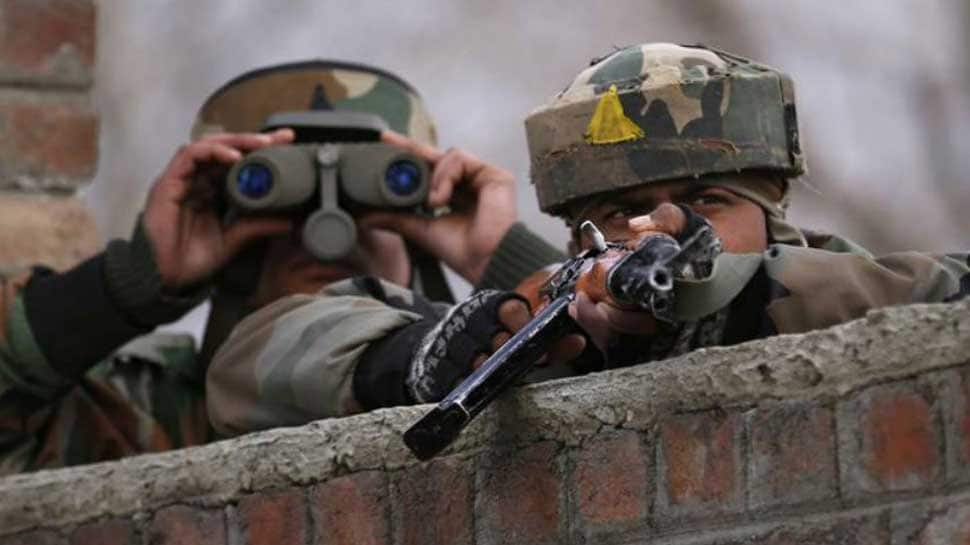 JAMMU: At least 450 Pakistan-backed terrorists are believed to be waiting for an opportunity at several launch pads along the Line of Control (LoC) to infiltrate into Kashmir, the intelligence agencies have warned in a fresh report sent to the Centre.

According to the inputs gathered by the intelligence agencies, the Pakistan-backed terror outfits, especially Hizb-ul- Mujahideen and Lashkar-e-Toiba (LeT), are planning to target the annual Amarnath Yatra, which commences from June 28.

The intelligence agencies have warned that the suspension of anti-terror operations by the Army during the holy month of Ramzan has given ample time to the terror outfits to recruit new people and regroup themselves.

This is the first time such a heightened activity has been seen along the Line of Control after Indian Army's successful Surgical Strikes which destroyed several terror launch pads backed by Pakistan along the LoC.

A senior official of the Home Ministry has confirmed the presence of Pakistan's Special Security Group (SSG) along the LoC to aid the fresh batch of terrorists waiting to infiltrate into Kashmir.

Pakistan's SSG Special Forces have been deployed on the LoC forward posts to carry out BAT (Border Action Team) actions. The well-trained SSG commandos have been spotted at terror launch pads along with the terrorists linked to Jaish-e-Mohammad, LeT and HjM.

Zee Media, which accessed the intelligence report, claimed that several terror outfits are currently active along the LoC.  It also gave an estimated number of terrorists present on each launch pads along the LoC.

Launch pad: Location: No. of terrorists

The warning from the intelligence agencies has come at a time when there are reports that the Centre may further extend the suspension of operations against terrorists after Eid to cover the annual Amarnath Yatra. Importantly, Union Home Minister Rajnath Singh will arrive in Jammu and Kashmir's Srinagar on Thursday for a two-day visit to the state.

The Home Minister will review the law and order situation with the state's Governor NN Vohra, Chief Minister Mehbooba Mufti and senior officials of various state and Central departments, following which he will take a call on whether the present suspension of operations against the terrorists can be extended after Eid festival to cover the annual Amarnath Yatra.

The Home Minister will also review the security and other preparations for the Amarnath Yatra, which begins from June 28.

While the Mehbooba Mufti-led PDP-BJP coalition government in the state wants the continuation of the Ramzan ceasefire beyond the Eid, top sources suggest the field commanders of the Army have argued that the cessation of hostilities from only one side is helping the militants to regroup and increase their numbers through recruitment of local boys.

Among other issues, the Home Minister will also deliberate upon the response of the separatist leaders to the Centre's offer of talks.

While the Home Minister has earlier maintained that the Centre is ready to talk to everyone including the separatists, BJP`s National General Secretary Ram Madhav had recently made an offer to the separatists to engage in a meaningful dialogue with the Centre.

The separatist leaders have been demanding clarity in the talks offer so that their engagement in the dialogue would yield concrete results.

On the second day of his visit, the Singh will review the security along the international border in Jammu and also deliberate on the situation that has been arising because of the migration of border residents each time Pakistan violates the bilateral ceasefire on the border.

Rajnath Singh to visit J&K, to decide on 'suspension of operations' against terrorists