Will attend PM Modi's all-party meeting on J&K's statehood, but 'no compromise on Article 370, 35A': Gupkar Alliance

The PM’s meeting with the political parties from Jammu and Kashmir is part of the Centre’s initiatives to bolster political processes, including holding assembly elections, in the Union Territory. 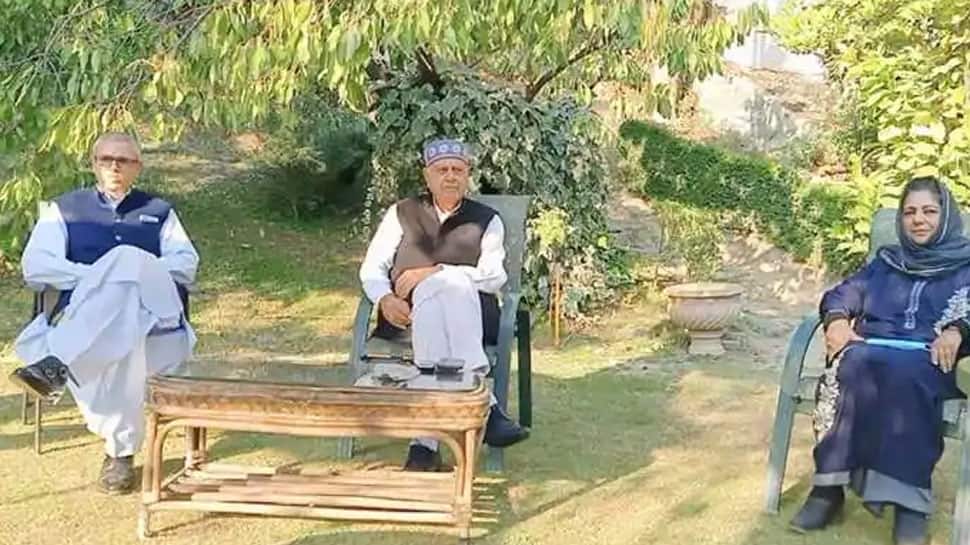 JAMMU: The People’s Alliance for Gupkar Declaration (PAGD), also known as the Gupkar Alliance, has said that its leaders will participate in the all-party meeting called by Prime Minister Narendra Modi regarding the statehood of Jammu and Kashmir on Thursday (June 24).

“Mehbooba Ji, Md Tarigami Sahib and I will attend the all-party meeting called by PM. We hope to keep our agenda before the Prime Minister and Home Minister,” Dr Farooq Abdullah said after a meeting of the PAGD at his residence in Srinagar.

"Mehbooba Ji, Md Tarigami sahib and I will attend the all-party meeting called by PM. We hope to keep our agenda before PM & HM," says Dr. Abdullah pic.twitter.com/f2yBLZqbAT

The announcement came after the PAGD leaders met at Abdullah’s Gupkar Road residence to discuss the Centre’s invitation. However, the alliance leaders said that there can be no compromise on Articles 370 and 35A.

Ahead of the meeting, Gupkar Alliance member Muzaffar Shah said, “We will decide on PM’s meeting and our agenda for it today. We will also talk about 35A and Art 370.”

"However, there can be no compromise on Article 370 and 35A," Muzaffar Shah said in Srinagar

The leaders of the constituent parties, including Peoples Democratic Party (PDP) president Mehbooba Mufti and CPI(M) leader M Y Tarigami, had arrived at the residence of Abdullah, who is also the National Conference president, at 11 AM to discuss all issues.

The PM has called an all-party meet on June 24 in Delhi regarding J&K statehood.

"A meeting of all senior leaders of J&K BJP has been called at its party office here today. The discussion will be held over various issues that'll be taken up in the meeting on 24th,'' Ravinder Raina, J&K BJP chief, also informed.

The PM’s meeting with the political parties from Jammu and Kashmir is part of the Centre’s initiatives to bolster political processes, including holding assembly elections, in the Union Territory.

The National Conference (NC) had on Monday said that it was good that the Centre had realised that things will not work in the Union Territory without involving the local J&K leaders.