The agitating students said they need an extra attempt to appear for the UPSC exam as their preparations were affected due to the COVID-19 pandemic. 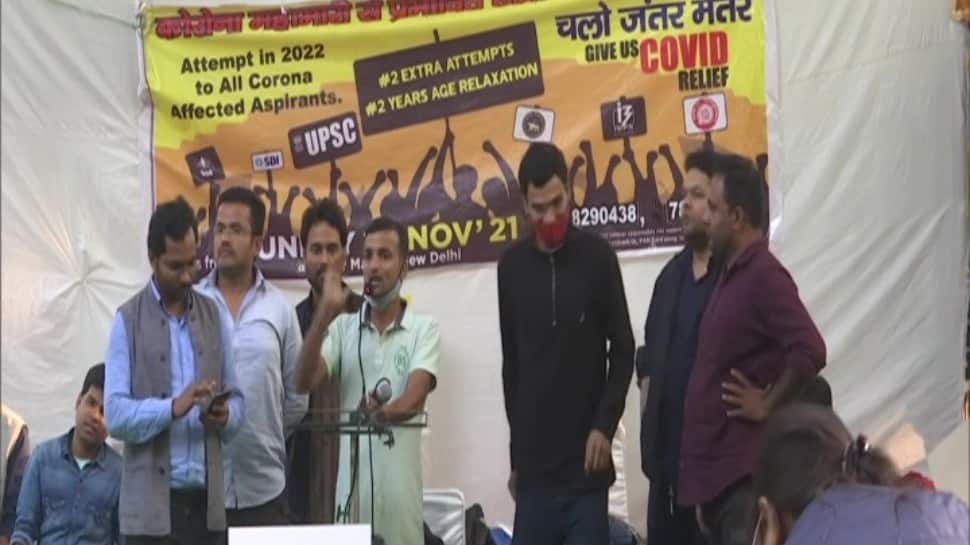 The agitating students said they need an extra attempt to appear for the UPSC exam as their preparations were affected due to the COVID-19 pandemic.

Abhishek Anand Sinha, the lead petitioner in the `Abhishek Anand versus Union of India case` said, "We filed a petition in the Supreme Court and demanded extra attempts as we are not fully prepared."

"Many students who tested positive for COVID-19 have been quarantined and some of them lost their family member due to the virus. They cannot study under such circumstances," Sinha added.

He also stressed that "there are so many people in our groups who are doctors and worked day and night during that period. They are not prepared as it was difficult for them to manage time."

Sinha stated that their first petition was filed in September 2020 and the verdict came on 26 October 2020 and informed that in March 2021, students filed the petition and the verdict came in July, wherein Supreme Court expressed its concern over students and said "the government is the one who can decide over this and handed it over to the government."

"We are just saying that our demands are legitimate and Supreme Court has certified them too. But nothing has come to us from the government side," Sinha noted, adding the aspirants were forced to start the protest.

"We have done small protests time and again, but today students from the entire nation have come here," he stated.

Speaking further, he said, "Aspirants have faced various hindrances in preparation and appearing in the exams. The country and its several areas suffered complete shut down on account of the COVID-19 pandemic and many had to migrate their home towns. Candidates have faced personal, physical, psychological, emotional and financial hindrances."

"We also face digital dived as many of us don`t have facilities like laptops, internet connections, bandwidth," he added.

"We are sitting on infinite protest, we will collectively decide the future course of action with complete compliance with law and order. We all have hope that Prime Minister Narendra Modi and Home Minister Amit Shah both will listen," Sinha said further.

Gaurav, a protestor from Bihar's Madhubani said, "For the past five years, I have been preparing for UPSC examinations and the year 2020 was my last attempt. Just before the exam, my father passed away during COVID-19 and I was mentally not prepared. When the result was declared, I could not qualify. Therefore we demand the government to give us a chance."

Another aspirant Gaurav from Bihar said, "I've been preparing for UPSC exams & 2020 was my last attempt. My father passed away during COVID, I was not mentally prepared for the exam. When the result was declared, I didn't qualify. The govt should give us another chance." (28.11) pic.twitter.com/KqhZ710Xh8