Taking to micro-blogging site Twitter, Ashwathnarayan said that the "scale and organized nature of the violence confirm that it was entirely orchestrated by these jihadi elements". 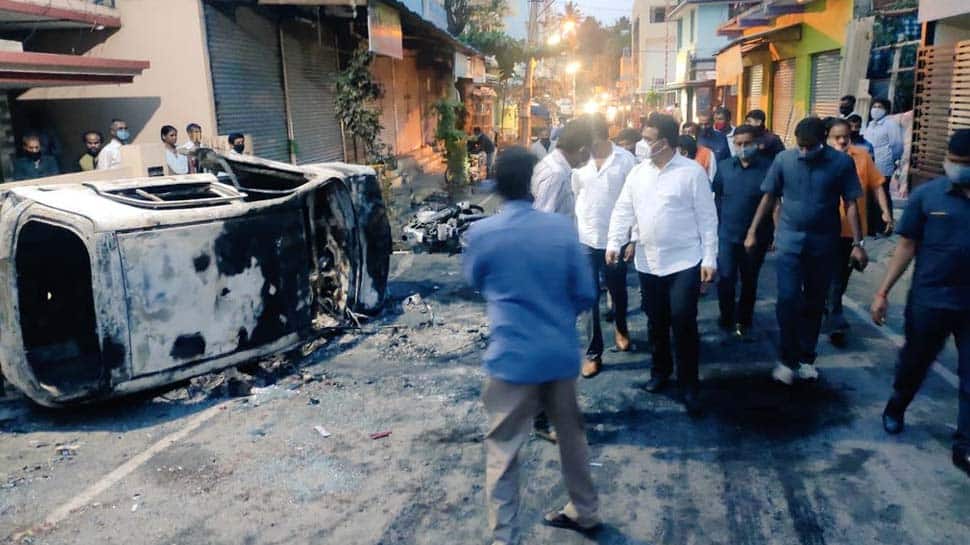 Karnataka Deputy Chief Minister CN Ashwathnarayan on Wednesday slammed the Congress over the Bengaluru riots calling the violence a direct fallout of the appeasement politics of Congress and internal squabbles of the party. Taking to micro-blogging site Twitter, Ashwathnarayan said that the "scale and organized nature of the violence confirm that it was entirely orchestrated by these jihadi elements".

At least 145 people were reportedly arrested a day after three people died in police firing when violence erupted in Bengaluru on August 11 over an alleged derogatory social media post by a Congress leader's relative.

Ashwathnarayan also warned the vandals saying that every rioter and arsonist "involved in any way...will be hunted down...no matter where they hide". He also said that the incident created fear among innocent citizens and caused damage to property.

EVERY rioter and arsonist involved in any way in last night's disturbances will be hunted down by our government no matter where they hide. 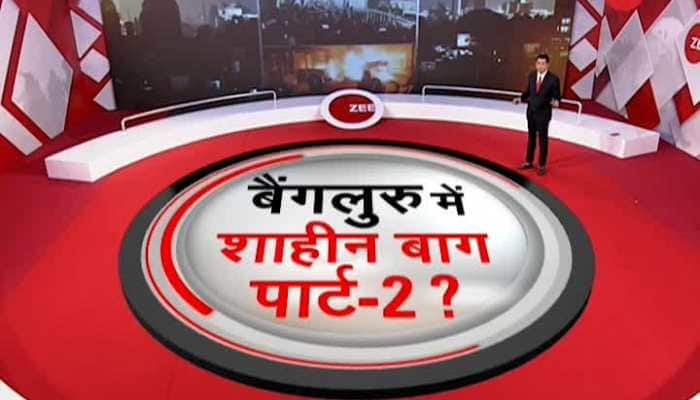 The scale and organized nature of the violence confirms that it was entirely orchestrated by these jihadi elements.

"EVERY rioter and arsonist involved in any way in last night's disturbances will be hunted down by our government no matter where they hide. The scale and organized nature of the violence confirms that it was entirely orchestrated by these jihadi elements," he tweeted.

"This violence is a direct fallout of the INC's appeasement politics as well as the internal squabbles of their own party. Shockingly, the person who posted the incendiary content was an INC party worker himself. This  incident created fear among law abiding innocent citizens and has caused immense damage to public & private  property," the Deputy Chief Minister further tweeted.

On August 11, the police opened fire after angry mobs attacked the house of Pulakeshinagar MLA Akhanda Srinivas Murthy and went berserk in DJ Halli and KG Halli police station areas of Bengaluru. Sources said that over 50 people have got injured in the violent clashes.

Karnataka Chief Minister BS Yediyurappa on Wednesday said that he has ordered the concerned authorities to take strict action against those involved in the incident. CM Yediyurappa noted that all possible steps have been taken by the government to maintain law and order in the city. The Karnataka CM appealed to people to maintain peace and asserted that violence against journalists, police and people was unacceptable.

Karnataka Home Minister Basavaraj Bommai on Wednesday said the government will seize the properties of those involved in the violence. Speaking to reporters in Bengaluru, Bommai said, "We have come to a decision as per the Supreme Court order that when such riots take place and properties are damaged, the loss has to be recovered from those who have caused the damage."

"I have given orders to initiate all the measures to recover losses from those who have caused the damage," Bommai said, adding that buses, vehicles, and properties were burnt in DJ Halli and K G Halli police station limits.

"All those losses will be recovered from those who have done it," he said, adding "...There is media and CCTV footage."

On banning Popular Front of India (PFI), the Karnataka Home Minister said that during the Congress government they had shut many cases, but "we need to look into these cases and initiate the process."

Bengaluru South MP Tejasvi Surya advised Karnataka Chief Minister BS Yediyurappa saying "I request Yediyurappa to confiscate and attach the properties of the rioters and compensate the losses to public property in the same way as the Adityanath government did in Uttar Pradesh."

In a tweet, the BJP MP said, "I thank Sri @BSYBJP and Home Minister Sri @BSBommai for deciding to recover all losses to public property by attaching the private property of rioters. Thorough investigation into the conspiracy will shed light on role of various fundamentalist organisations."

According to sources in the Bengaluru police, DJ Halli cops have arrested a political activist belonging to SDPI. He has been identified as Muzzamil Pasha. The accused had also contested BBMP (Bruhat Bengaluru Mahanagara Palike) election from Sagayapura ward unsuccessfully.

Besides Muzamil, another SDPI activist Ayaz has also provoked the rioters to vandalise the two police stations at DJ Halli and KG Halli area in East Bengaluru. It is alleged that the violence was fully pre-planned and police will investigate it from all angles.

Bengaluru Police Commissioner Kamal Pant said that restrictions under CrPC Section 144 have been imposed in the city and curfew has been imposed in DJ Halli and KG Halli police station limits to keep the situation under control. He added that accused Naveen has been arrested for sharing a derogatory post on Facebook.

The angry mobs also pelted stones on cops guarding the MLA's residence. The MLA was reportedly not at his residence when the mobs came out to vent their anger against the derogatory posts shared by his relative.