Former union minister and BJP MP from Karnataka Anant Kumar Hegde sought to bring CEO and MD of CEAT Ltd Anant Vardhan Goenka's attention to the problems caused by blocking the streets during "Namaz" and noise pollution caused by the "Azan". 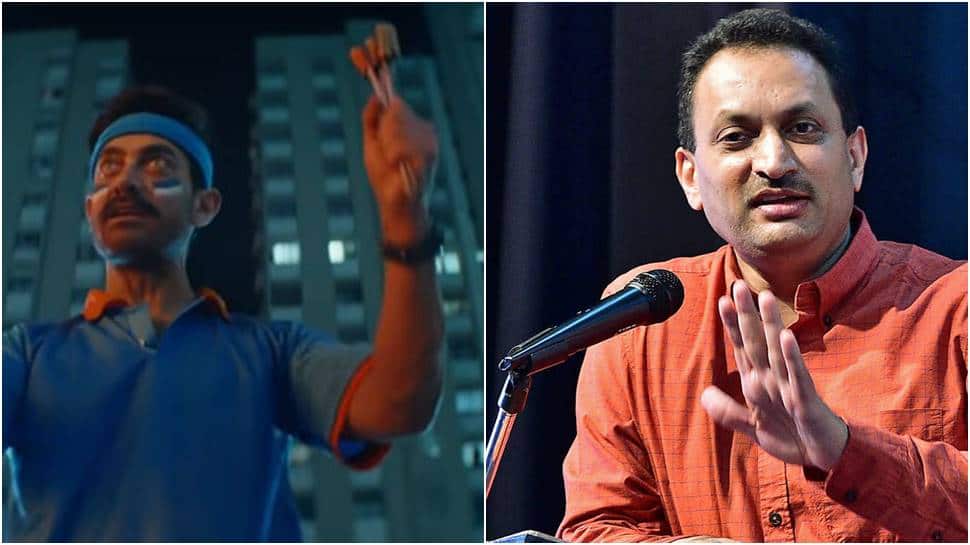 New Delhi: Another brand finds itself in a soup over an advertisement, this time it is the tyre manufacturing major CEAT Ltd. The Mumabi-based company received backlash from former union minister and BJP MP from Karnataka Anant Kumar Hegde who raised an objection stating that the ad hurt ‘Hindu sentiments’.

The advertisement featuring Bollywood megastar Aamir Khan discourages people from bursting crackers on the roads. While, Hegde applauded the ad for raising awareness against bursting crackers on streets, it also sought company's attention to the "problem of roads being blocked in the name of Namaz and noise emitted from mosques during Azan."

The letter written to Ceat's MD and CEO Anant Vardhan Goenka on October 14, tells the tyre company that the advert has created unrest among the Hindus, and hoped that the organisation will respect the “Hindu sentiment". 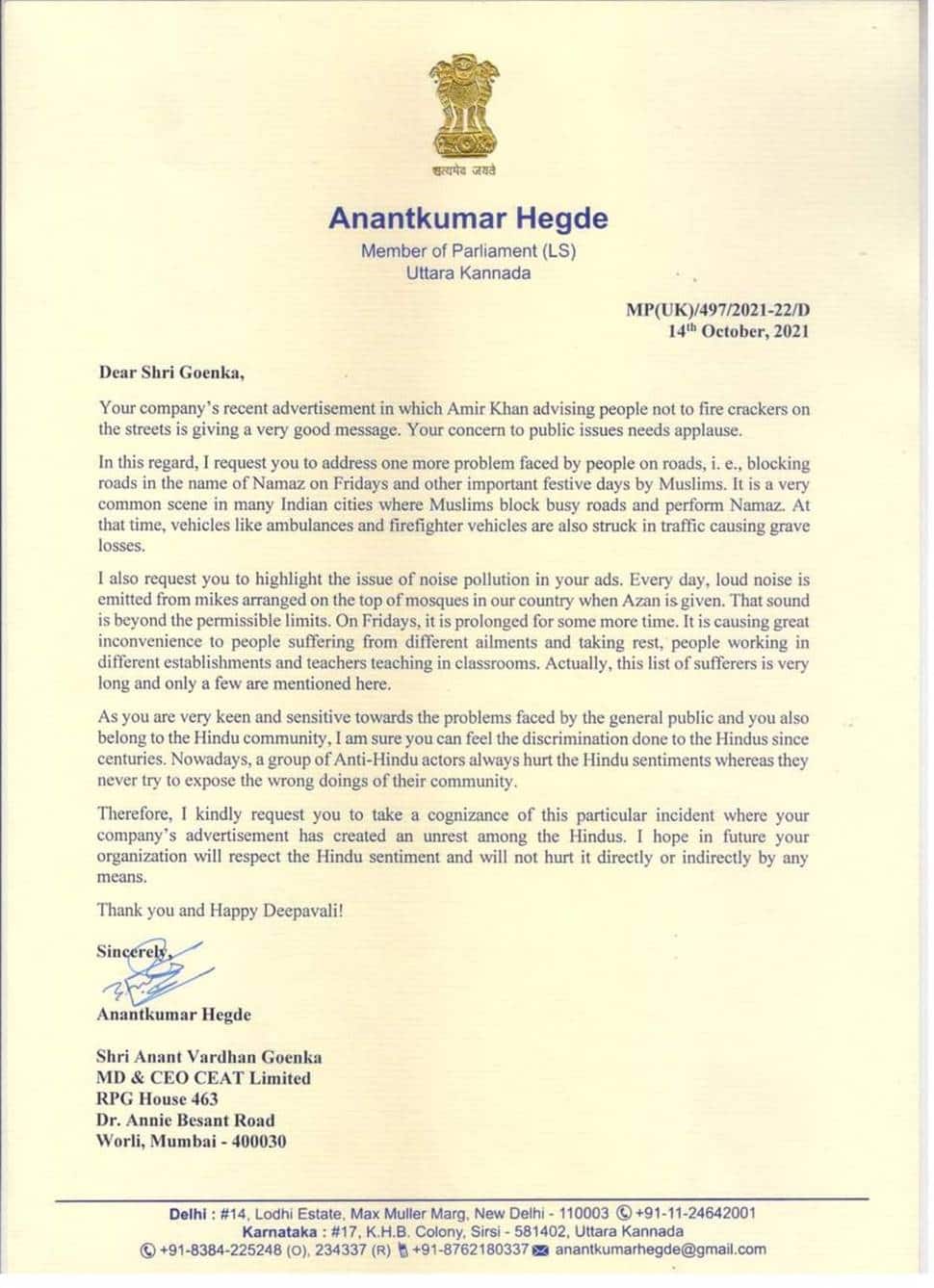 The letter accessed by Zee News reads: “Your company’s recent advertisement in which Aamir Khan advises people not to fire crackers on the streets is giving a very good message. Your concern to public issues needs applause. In this regard, I request you to address one more problem faced by people on roads, i.e., blocking roads in the name of Namaz on Fridays and other important festive days by Muslims."

Dear Shri Goenka, Your company's recent advertisement in which Amir Khan advising people not to fire crackers on the streets is giving a very good message. Your concern to public issues needs applause. In this regard, I request you to address one more problem faced by people on roads, i. e., blocking roads in the name of Namaz on Fridays and other important festive days by Muslims. It is a very common scene in many Indian cities where Muslims block busy roads and perform Namaz. At that time, vehicles like ambulances and firefighter vehicles are also struck in traffic causing grave losses.

I also request you to highlight the issue of noise pollution in your ads. Every day, loud noise is emitted from mikes arranged on the top of mosques in our country when Azan is given. That sound is beyond the permissible limits. On Fridays, it is prolonged for some more time. It is causing great inconvenience to people suffering from different ailments and taking rest, people working in different establishments and teachers teaching in classrooms. Actually, this list of sufferers is very long and only a few are mentioned here.

As you are very keen and sensitive towards the problems faced by the general public and you also belong to the Hindu community, I am sure you can feel the discrimination done to the Hindus since centuries. Nowadays, a group of Anti-Hindu actors always hurt the Hindu sentiments whereas they never try to expose the wrong doings of their community. Therefore, I kindly request you to take a cognizance of this particular incident where your company's advertisement has created an unrest among the Hindus. I hope in future your organization will respect the Hindu sentiment and will not hurt it directly or indirectly by any means. Thank you and Happy Deepavali!

This comes just days after the backlash faced by Fabindia for its ad campaign in which it used a Urdu phrase “Jashn-e-Riwaaz” to describe the festival of Diwali. Fabindia subsequently had to withdraw its advertisement and clarified that the phrase was meant to celebrate Indian traditions and not exclusively the festival of Diwali.

Further, the yet to be launched Diwali collection has nor been renamed "Jhilmil si Diwali".