"We hope the police will investigate the conspiracy and press criminal charges against Kumaraswamy and his associates, and bring them to justice," said Karnataka BJP general secretary. 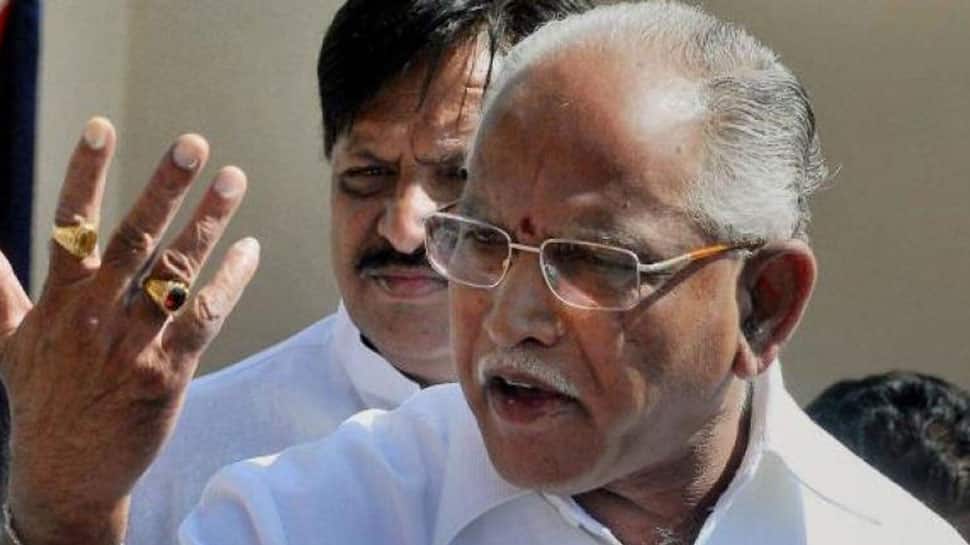 Bengaluru: The opposition Bharatiya Janata Party in Karnataka has alleged that the audio tape released by chief minister HD Kumaraswamy last week was a conspiracy hatched by him against BJP leader BS Yeddyurappa.

"The audio tape having Yeddyurappa's alleged conversation with the son of a JD-S legislator is part of a conspiracy hatched by Kumaraswamy who is facing severe trust deficit from legislators of his party (JD-S) and its coalition partner, the Congress," said state BJP general secretary N Ravi Kumar in a statement here on Monday.

The purported audio tape in Kannada is said to be a conversation recorded on February 7 between Yeddyurappa and Gurumitkal JD-S legislator Naganagouda Kandakur's son Sharanagouda at a guest house at Devadurga in the Raichur district, about 480 km northeast of the state capital.

According to the contents of the audio tape, Yeddyurappa attempted to lure Kandakur to join the BJP by 'paying' an unspecified amount to Sharanagouda and allegedly bribing Assembly Speaker KR Ramesh Kumar to prevent him from invoking the anti-defection law against the JD-S member (Kandakur).

Yeddyurappa on Sunday again claimed that the audio tape was fabricated and its content doctored.

"The making of the audio clip and releasing it in Bengaluru on February 8 by Kumaraswamy in the presence of Sharanagouda is a well-planned plot to tarnish the reputation of Yeddyurappa and the BJP," Kumar, who is also a member of the state legislative council, said in the statement.

On Sunday night, a BJP supporter, M.B. Maramkal filed a criminal complaint with the state secretariat police station against Kumaraswamy and his associates, accusing them of committing offences under various sections of the Indian Penal Code (IPC) and Section 65 of the Information Technology Act.

"We hope the police will investigate the conspiracy and press criminal charges against Kumaraswamy and his associates, and bring them to justice," Kumar said.

Assembly speaker Kumar has also urged the chief minister to constitute a special investigation team to probe the audio tape and submit its report in 15 days.