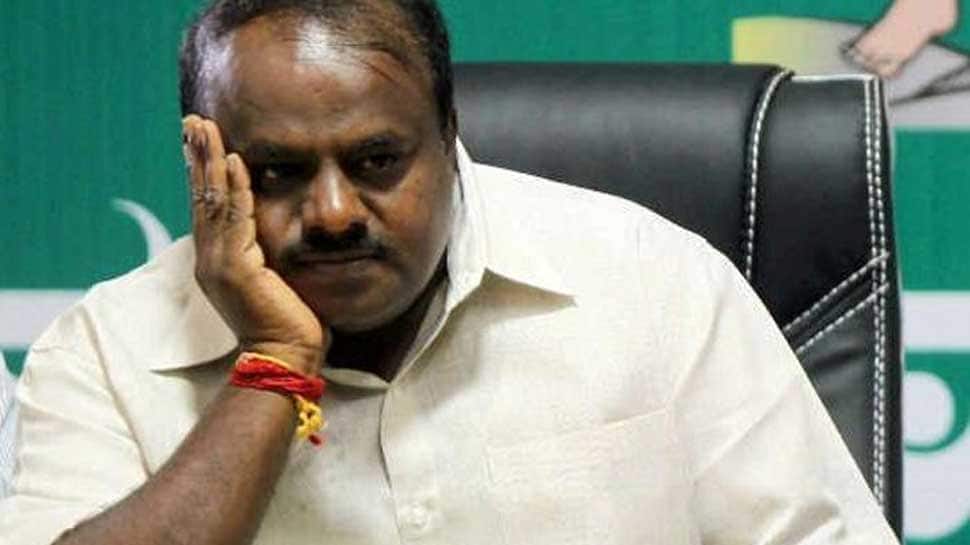 Verbal attacks this election season are not just getting downright ugly but are often bordering on outright bizarre. And leading the charge of bizarre accusations could well be Karnataka CM HD Kumaraswamy who 'accused' Prime Minister Narendra Modi of using makeup and wax to grab attention.

While Kumaraswamy has, at times, accused PM Modi on key issues of development and jobs, his recent charges have been rather outlandish with his Tuesday's remarks taking the proverbial cake. "Modi wakes up every morning, applies makeup or wax to get a shine on his face and sits in front of cameras," he said at an election rally, according to news agency ANI. "But we take bath once in the morning and wash our face only the next day. Our faces don’t look good on cameras. That’s why even media shows only Modi."

Karnataka CM HD Kumaraswamy: Modi wakes up every morning, applies makeup or wax to get a shine on his face&sits in front of cameras. But we take bath once in the morning & wash our face only the next day. Our faces don’t look good on cameras. That’s why even media shows only Modi pic.twitter.com/0h93gcsM4P

The statement - mostly being considered as a cheap attempt at maligning the PM - comes days after Kumaraswamy had levelled a more serious accusation, without evidence. "Why should we have enmity with neighbouring countries? Two years ago, a military officer told me that PM will build a story before the election to get votes. They don't ask for votes on development work," he had said at a rally in Koppa last Friday.

BJP leaders and Kumaraswamy have been bitter political foes and are engaged in a close tussle ever since the Karnataka Assembly election last year which saw BJP's BS Yeddyurappa taking oath as CM, only to resign shortly after because of a JDS-Congress alliance. BJP maintains that the alliance is one of convenience and cares not for the people of the state.