Karnataka Chief Minister BS Yediyurappa told reporters that he had not received any information from the party top brass about his role as speculations about his replacement has more or less been confirmed. 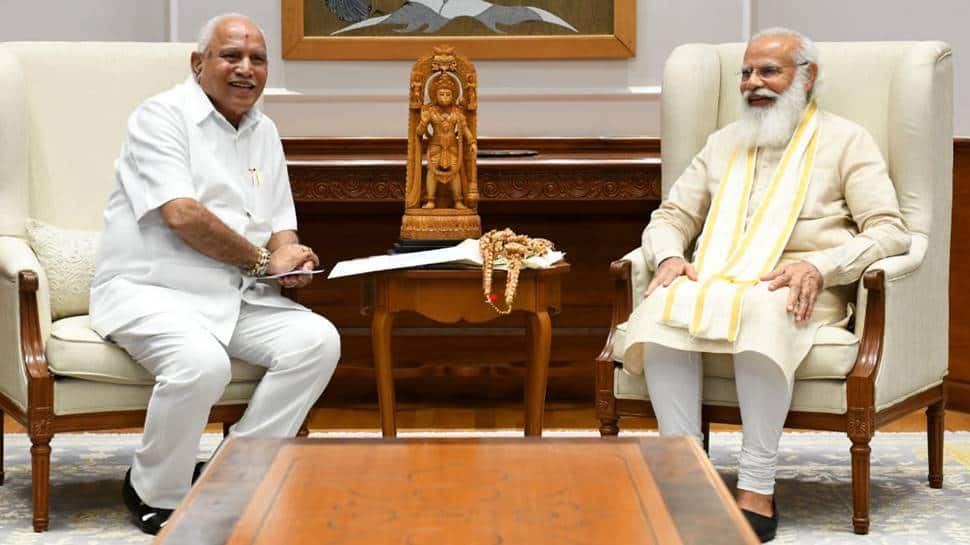 New Delhi: As suspense around Karnataka Chief Minister BS Yediyurappa's replacement continues, on Sunday evening the BJP leader told reporters that he had not received any information.

"Nothing has come till now... In the morning there is a programme to mark two years of government. I will speak about the achievements in those two years. After that, you will know the progress," he said. The CM reiterated that he would abide by the decision of his party`s top leaders whether he would continue as in his post after July 26 or not.

Earlier, while talking to reporters Yediyurappa said, "If I get the message by evening, I will let you know immediately."

On July 22, Yediyurappa had hinted of a possible leadership change by July 25, talking to reporters on he said he is waiting for the party leaders' direction, adding that he 'will abide by those directions'.

"Our party national president has reposed a special trust and affection on me. The party leaders are going to give a direction on July 25 based on which I will start working. There is a special programme on my completion of two years. After participating in it, I will abide by the directions of our national leaders," he said.

The 78-year-old leader said he will follow whatever Prime Minister Narendra Modi, Union Home Minister Amit Shah and BJP chief JP Nadda decide. "These three leaders hold me very high esteem. Therefore, I will wait for the message from the high command," he said.

Yediyurappa had made a sudden visit to Delhi earlier this month where he met the Prime Minister and other senior leaders.