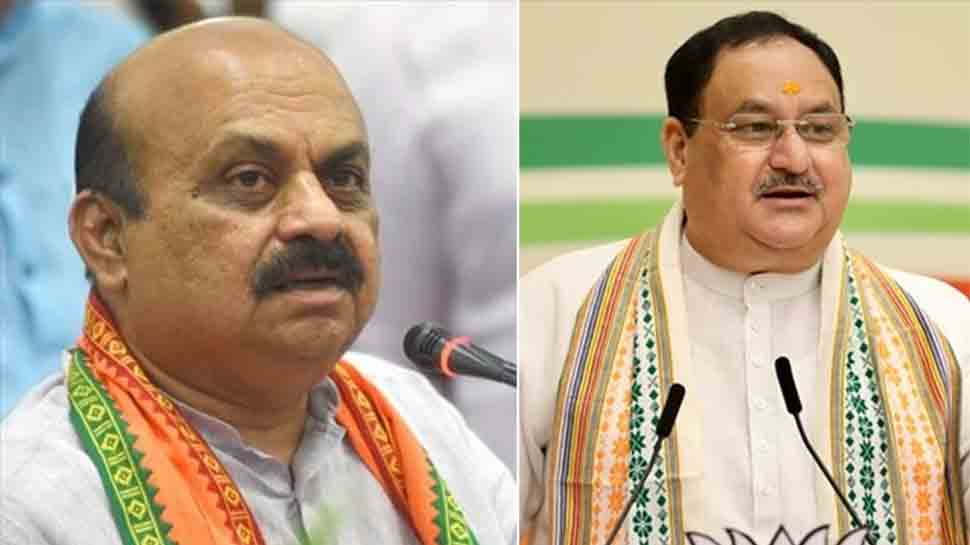 Sources said that one round of discussion on cabinet expansion between Bommai and senior party leaders took place on Sunday late night.
In Karnataka, senior Congress leader and former chief minister Siddaramaiah took a dig at the BJP government, saying the new CM was running around for cabinet expansion instead of focusing on COVID-19.

"Thousands have died in the absence of adequate hospitals, beds, ventilators and oxygen. It must be prevented from recurring but Chief Minister Basavaraj Bommai is running around for cabinet expansion instead of focusing on COVID-19," Siddaramaiah told reporters in Karwar, the headquarters town of Uttara Kannada district.

Earlier in the day, Bommai said cabinet expansion can take place most likely on Wednesday if the list is finalised in a meeting with the BJP central leadership. The chief minister, who reached the national capital late on Sunday night, said the expansion will be done in a balanced way keeping in mind the previous team.

"The list may get finalised either today or tomorrow. If it gets finalised tonight, the cabinet expansion can take place on Wednesday," Bommai told reporters.

A comprehensive discussion will be held with BJP chief Nadda about the cabinet formation, including whether it should be done in several stages or one go, he said.

Even balancing of regional and social representation will be kept in mind while deciding names, he added. "Based on these factors, the numbers and names will be decided. Even how many deputy CMs should be made will also be decided in the meeting," Bommai said.

The chief minister further said that in the current political situation efforts will be made to take every one together. "We are hopeful that cabinet making will be fruitful. Not only fruitful, it should serve the purpose of serving the people of the state," he said.

The chief minister also said some aspirants have met him here and held discussions. "They also know not everyone can become ministers," he added. "We will do it in a balanced way keeping in mind the previous cabinet team," he said.

Bommai took oath as the chief minister on July 28 after the resignation of his predecessor B S Yediyurappa on July 26. He is the lone Cabinet member in the government.