DK Shivakumar is confident there is no threat to the Congress-JDS government in Karnataka. 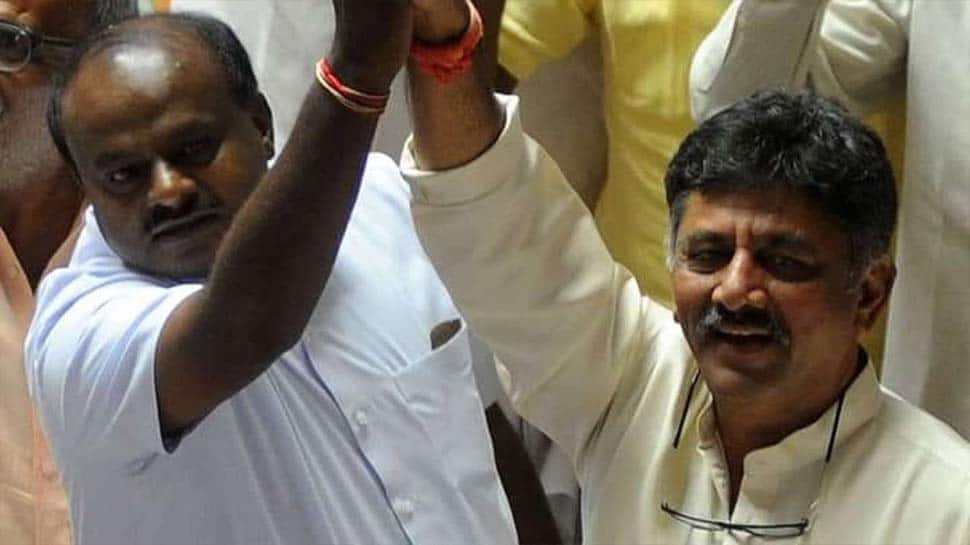 Maintaining that the coalition government in Karnataka is safe, Congress leader and state minister DK Shivakumar said on Sunday that all of his fellow MLAs had fought like tigers.

The Congress-Janata Dal Secular government in Karnataka has been battling a massive crisis since several of its MLAs tendered their resignation in the past weeks. Both parties have been working overtime to win these dissenting MLAs back even though their resignations have not been formally accepted by the Speaker. Shivakumar himself has been trying to fight fire and says that there is no danger of the state government collapsing. "I have confidence on all our MLAs. They have been elected from Congress party and they have been there for a long period. They have fought like tigers in their domain," he told news agency ANI. "At the time of Confidence Motion, they're also well-equipped with law. Law is very clear. If they vote against Confidence Motion, they'll lose their membership. Congress party is ready to settle their demands. We're getting signals that they'll save our government."

The HD Kumaraswamy-led government in Karnataka has been under tremendous pressure since over a dozen MLAs resigned in the past weeks. Congress has alleged that it is the Bharatiya Janata Party which is engineering defections and creating political turmoil in the state. BJP has denied this charge.

While BJP says it has been monitoring the developments in the state closely, several top Congress leaders have been parachuted to salvage the situation. All the parties are trying to sheild most of their respective MLAs against the threat of poaching by shifting them to resorts - both in Karnataka and elsewhere.

There is also a pitched battle in Supreme Court with many of the dissenting MLAs taking the legal route against the Speaker for not accepting their resignations.

Ahead of the trust vote in the Karnataka Vidhan Soudha (legislative assembly), all eyes are on how the numbers could stack up. If the resignations are accepted, the ruling coalition's 118 members will come down to 100 and the majority mark will drop from 113 to 105. The BJP has 105 members and the support of the two Independents, which takes its tally to 107.