Reddy, an influential mining baron, was a minister during the previous BJP rule in Karnataka. 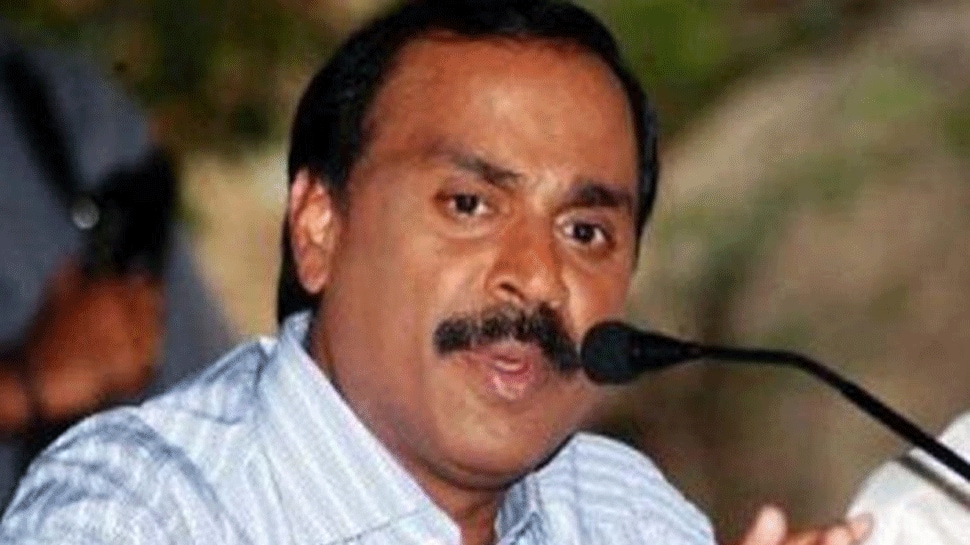 Reddy was arrested in Bengaluru, according to ANI.

Reddy, who was absconding untill recently, had on Saturday arrived at the Crime Branch office in Bengaluru for questioning in connection with the Ambident Group alleged bribery case.

The influential mining baron, who came to the Central Crime Branch office in a car along with his battery of lawyers, had earlier released a video message from an unknown location, saying that he would appear for questioning in the case.

After arriving at the Crime Branch office, Reddy claimed that there was a 'political conspiracy' and added that he had full faith in the police.

In his video message, Reddy had claimed that he was not absconding and was very much in the city while asserting that there was no need for him to flee.

He also rubbished media reports that he had fled to Hyderabad or some other city, as per PTI.

"I have not committed anything wrong. The police do not have a single document to prove that I am wrong. They are misleading the media," he claimed in his message broadcast by TV news channels.

"Now that the notice has been issued by the police, I have decided to appear before the Central Crime Branch today (Saturday) itself although the notice says I should appear on Sunday," Reddy said.

"I decided to make this video to let people know the truth. I have faith in the police and believe that they would not succumb to any political pressure," he added.

The CB had launched a hunt for him since Wednesday in connection with a money transaction worth crores of rupees, allegedly linked to a Ponzi scheme being run by Ambident Group, a private enterprise, which allegedly cheated thousands of depositors.

Its owner Syed Ahmed Fareed had claimed that he allegedly paid Rs 18 crore to Reddy for help after his group came under the scanner of the Enforcement Directorate.

Reddy, a powerful minister during the previous BJP rule, had been arrested by the CBI in 2011 over alleged multi-crore illegal mining scam and granted bail three years later.

Karnataka government gets caught in cross-fire over Tipu Jayanti celebrations