When BS Yeddyurappa had resigned from the BJP to form his own party Karnataka Janata Paksha (KJP) in 2013, he had expressed regret over resorting to 'Operation Lotus' to boost the strength of the BJP in the Assembly. 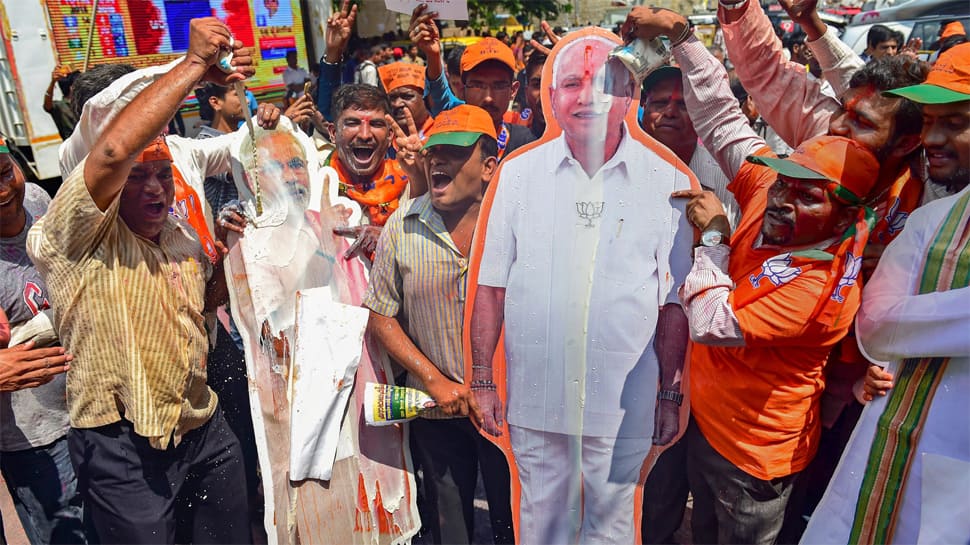 NEW DELHI: It seems history is repeating itself in Karnataka with memories of 'Operation Lotus' coming back into the political discussion as the suspense over government formation continues. In the 2008 Karnataka Assembly elections, the Bharatiya Janata Party (BJP) became the single-largest party but fell short of a majority by just three seats. On Wednesday, memories of the 2008 elections came back to haunt the BJP as the became the single-largest party yet again but failed to touch the magic figure of 112.

The BJP in 2008 eventually formed the government but it was accused of indulging in an infamous political manoeuvre code-worded 'Operation Lotus'. BJP's rivals claim "Operation Lotus" was initiated by the then BJP chief minister BS Yeddyurappa where he allegedly gained the support of some opposition party MLAs using money and power. Four JDS and three Congress MLAs had defected and the BJP successfully staked claim to form a government in the state.

Later, when BS Yeddyurappa resigned from the BJP to form his own party Karnataka Janata Paksha (KJP) in 2013, he had expressed regret over resorting to 'Operation Lotus' to boost the strength of the BJP in the Assembly.

In 2018, too, the equation is almost similar with the same key players - BJP, Congress and JDS - wrangling for power and Yeddyurappa yet again being at the centrestage.

BJP has emerged as the single largest party with 104 seats while the Congress and the JDS have been reduced to 78 and 37 seats respectively. When the initial rounds of counting were underway in Karnataka, the numbers had suggested that the BJP was in a comfortable position, way past the half-way mark of 112. However, as final results emerged, the BJP missed touching the finish line by eight seats. The final numbers have given hope to the Congress-JDS combine of a possibility of forming a government while the BJP has been left in a precarious situation where it has to struggle to get the numbers on its side.

It remains to be seen whether the state will see another 'Operation Lotus' like situation as the state awaits a government.