Supreme court bench, headed by Chief Justice Ranjan Gogoi, asked the Speaker to decide on the fate of the 15 rebel Karnataka MLAs. 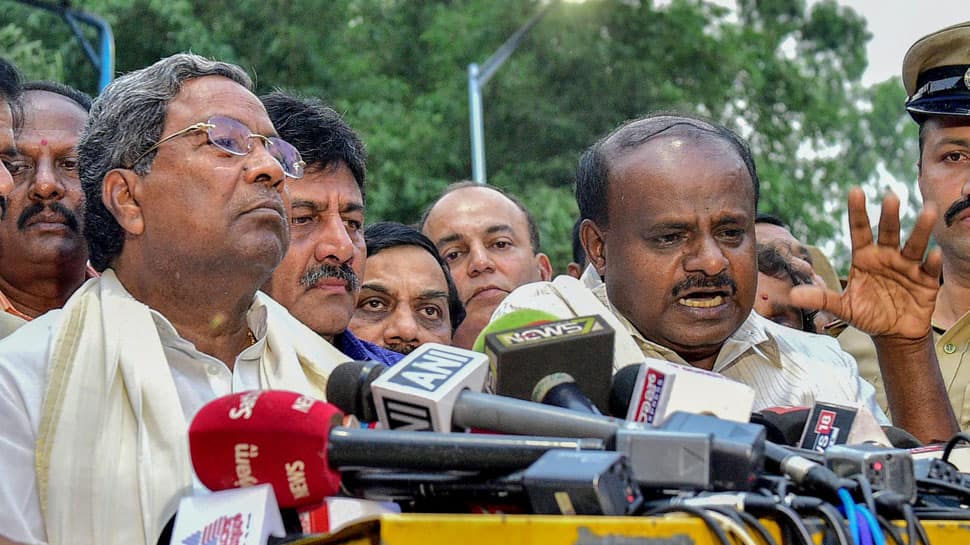 The Supreme Court on Wednesday ruled that the rebel MLAs in Karnataka could not be compelled to attend the Assembly proceedings. A top court bench, headed by Chief Justice Ranjan Gogoi, asked the Speaker to decide on the fate of the 15 rebel MLAs.

The apex court also refused to set a deadline for the Speaker to decide on the resignation of the rebel MLAs, observing that it was the prerogative of the Speaker to take a call in the matter. It, however, said that the issue must be resolved at the earliest. The rebel MLAs cannot be compelled to participate in the floor test, which was earlier slated to be held on Thursday.

Representing the rebels in the court, advocate Mukul Rohatgi had said on Tuesday that resigning was a fundamental right of the MLAs and that could not be curtailed. He had cited provisions of the Constitution to assert that the resignation must be accepted with immediate effect.

The Bench comprising Justice Ranjan Gogoi, Justice Deepak Gupta and Justice Aniruddha Bose said that larger issues involved in the case needed to be answered at a later stage.

The Supreme Court was initially approach by 10 rebel MLAs and later joined by five others.

The rebel MLAs had sought direction to the Speaker to accept their resignation from the Legislative Assembly. Following this, counter petitions were filed by the Karnataka Chief Minister HD Kumaraswamy and the Assembly Speaker.

Reacting to the decision of the top court, former Karnataka chief minister and BJP leader BS Yeddyurappa said that it was “a moral victory for the rebel MLAs”. He further said that with the decision of the apex court, it was clear that Kumaraswamy-led Congress-JDS government did not enjoy majority in the House. “Kumaraswamy must resign,” he said.