Will not allow any minister to unfurl national flag: Haryana farmers warn ahead of tractor rally on Independence Day

Farmer leader Bijendra Sindhu said that both national flags, as well as ‘Kisan’ flags, will be mounted on tractors participating in the rally. 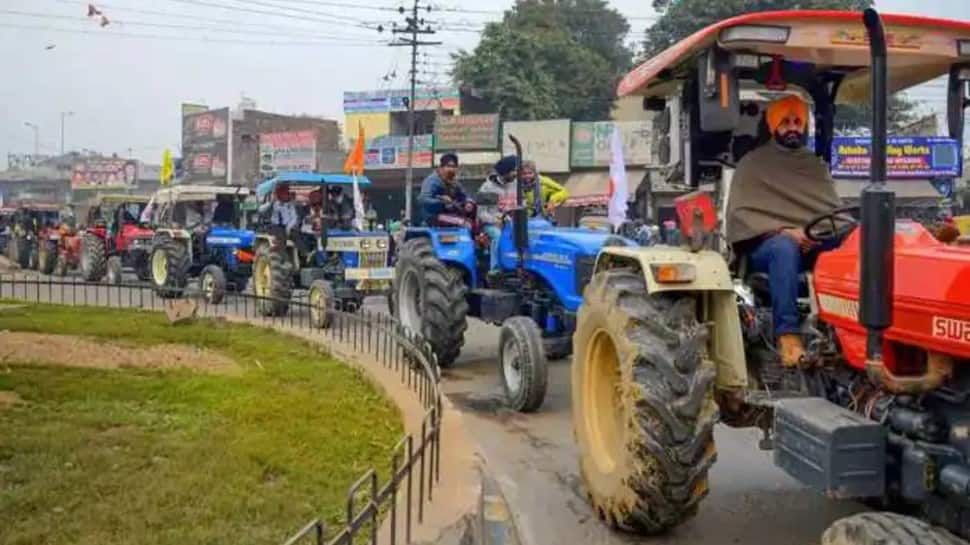 Jind: Farmers in Haryana`s Jind district will organise a tractor rally along with tableaus in the entire city on the occasion of Independence Day in protest against the Centre`s farm laws, said farmer leader Bijendra Sindhu, adding that they have decided not to allow any ministers to hoist the tricolour on the occasion.

"Tractor rally with tableaus would be held in the entire city (Jind) on August 15. Both the national flag and ‘Kisan’ flag will be mounted on tractors,” Sindhu added that farmers will send a route plan proposal for the rally to the district commissioner before the event, news agency ANI reported.

Talking to the media, the farmer leader said that both national flags, as well as ‘Kisan’ flags, will be mounted on tractors participating in the rally.

"No BJP leader will be allowed to unfurl the national flag," said the farmers’ leader, adding that if any BJP leader comes to Jind, then farmers won’t stop them and will not create hindrances.

"Instead, our core committee will show them black flags while leaving or on arrival. Personally, I feel national festivals like August 15 should not be obstructed," Sindhu added.

Earlier, on January 26, protesters broke barricades to enter New Delhi and clashed with police in several parts of the national capital during the ‘tractor rally’ protest organised by farmers.

The protestors had also entered the iconic Mughal era monument Red Fort and unfurled their flags from its ramparts.

Farmers have been protesting on the different borders of the national capital since November 26 last year against the three newly enacted farm laws: Farmers` Produce Trade and Commerce (Promotion and Facilitation) Act, 2020; the Farmers Empowerment and Protection) Agreement on Price Assurance and farm Services Act 2020 and the Essential Commodities (Amendment) Act, 2020.Farmer leaders and the Centre have held several rounds of talks but the impasse remains.

(With inputs from news agencies)