KP-bot will perform duties at the front office of police headquarters. 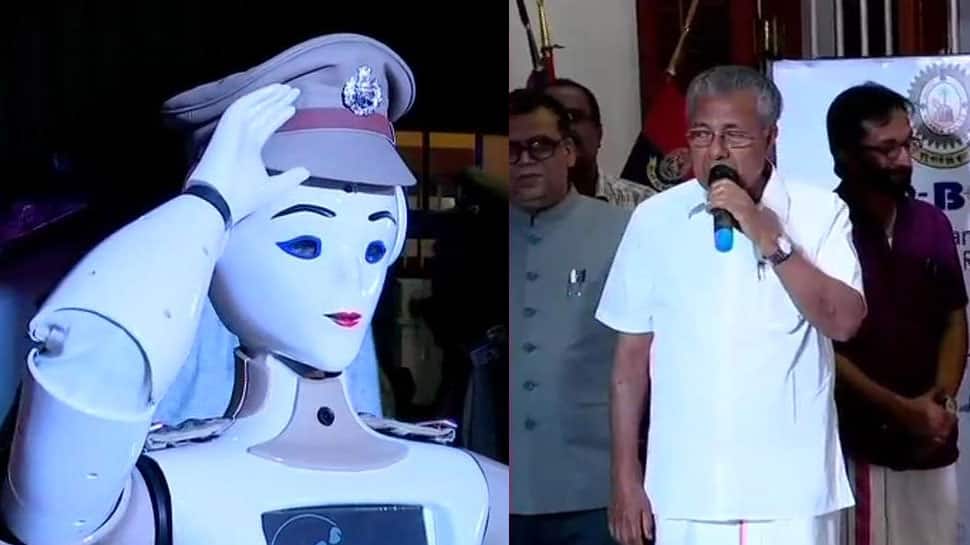 According to reports, KP-bot will perform duties at the front office of police headquarters.

It'll receive the visitors and direct them to different places according to their needs.

Kerala: CM Pinarayi Vijayan inaugurated KP-BOT, first humanoid police robot in India, yesterday in Thiruvananthapuram. The robot will perform duties of the front office of police headquarters. It'll receive the visitors & direct them to different places according to their needs. pic.twitter.com/GySUw6RYZ5

The humanoid version of a policeman, however, would not replace any human resources, rather, it can be used as the first contact point and a tool to collect the required data with which they can improve the overall service quality and performance.

"With the recent developments in Artificial Intelligence (AI), we are seeing the advent of intelligent robots that can perform tasks such as information assistance, physical assistance, surveillance and so forth. With AI and a range of sensors collecting information of the environment, KP-bot is able to work alongside human beings seamlessly," Additional Director General of Police (ADGP) Manoj Abraham said on the occasion.