TP Senkumar was removed from the post when Pinarayi  Vijayan took over as Kerala Chief Minister on May 25, 2016. 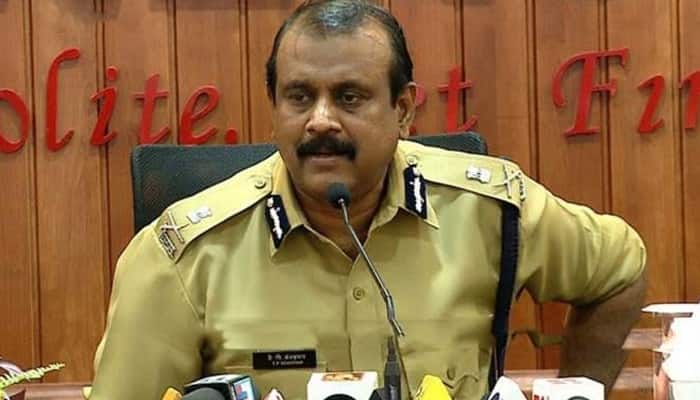 Thiruvananthapuram: The Kerala government on Friday decided to reinstate senior IPS Officer TP Senkumar as the state's Director General of Police (Law and Order), hours after the Supreme Court dismissed its clarification petition on his appointment with cost.

Chief Minister Pinarayi Vijayan signed the related file tonight and the government order would be issued on Saturday, sources in his office said.

Senkumar told media persons that he would react only after the order has been issued.

Earlier today, the Supreme Court came down on the Kerala government and also imposed a cost of Rs 25,000 for wasting the court's time by disregarding its order to reinstate Senkumar as the state police chief.

It was on April 24 that the Supreme Court had directed the Pinarayi Vijayan government to reinstate the senior Indian Police Service officer as the Director General of Police.

Senkumar, who is due to retire on June 30, was removed from the post when Vijayan took over as Chief Minister on May 25, 2016.

He had moved the Central Administrative Tribunal, challenging his removal, but his plea was turned down. The Kerala High Court had later upheld the CAT's verdict.

The Supreme Court had, however, on April 24 directed the reinstatement of Senkumar, saying he was transferred by the LDF government "unfairly" and "arbitrarily".

The Supreme court order was widely seen as a setback to the LDF government.

The senior IPS officer's relation with ruling CPI-M was not cordial as he had probed various cases, including the sensational TP Chandrasekharan murder case in which CPI(M) cadres were allegedly involved.

The Chief Minister had all along justified Senkumar's removal, saying that he was not fit for the post.

With the government not taking a decision on the SC order, Senkumar had filed a contempt petition accusing it of "wilful, deliberate disobedience".

The Supreme Court earlier today dismissed the Kerala government's clarification petition and imposed a cost of Rs 25,000. It also sought the response of Kerala chief secretary Nalini Netto on the contempt plea.

Following the SC's order, the Congress-led UDF and BJP attacked the government, demanding Vijayan's resignation and immediate reinstatement of Senkumar.

While Law Minister AK Balan said the verdict was not a setback for the government, Panniyan Ravindran, leader of the CPI, a ruling front ally, blamed the government's decision on the wrong advice of legal experts.

The decision on Senkumar's reinstatement followed a meeting of the CPI(M)'s state secretariat earlier in the day where the matter was discussed.