Life was disrupted in Kerala Tuesday during the 48-hour general strike called by trade unions and in Karnataka, the protest evoked mixed response while by and large it was business as usual in the three other southern states. 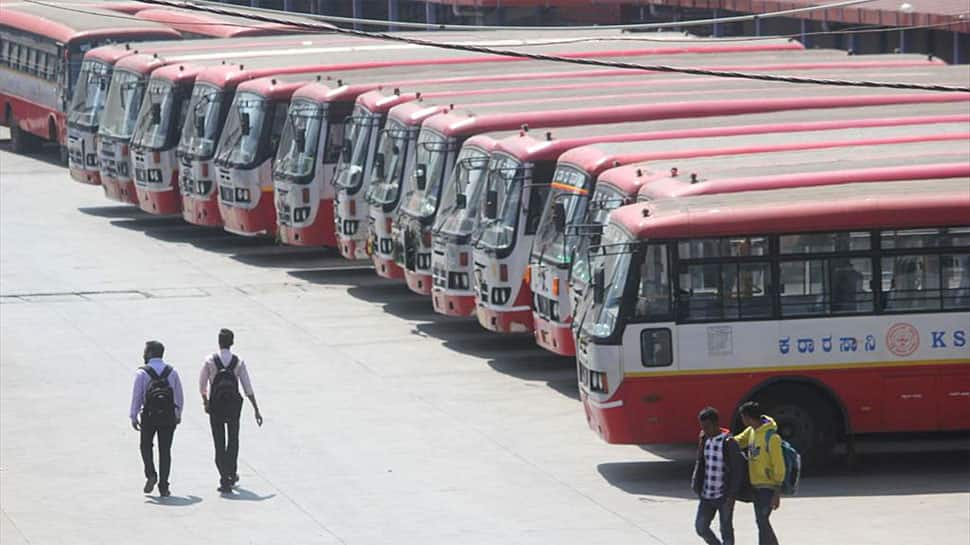 Thiruvananthapuram/Bengaluru: Life was disrupted in Kerala Tuesday during the 48-hour general strike called by trade unions and in Karnataka, the protest evoked mixed response while by and large it was business as usual in the three other southern states.

No untoward incidents have been reported from any of the southern states, according to officials.

The two-day nationwide strike was called by ten central trade unions against the "anti-labour" policies of the Centre.

In Kerala, the stir virtually turned into a 'hartal'.

Though trade unions had promised that vehicles would not be blocked and shops and business establishments not forcibly shut, there were reports of some shops being forced to down shutters.

Shops were open at "Mittayi Theruvu" (Sweet street) at Kozhikode and Broadway at Kochi, but at the usually bustling Chala market in Thiruvanathapuram, the strike was total.

Some protesters squatted on rail tracks at various places delaying departure of trains. Buses and autorickshaws also kept off the roads, putting people into difficulties.

All trade unions except the Bharatiya Mazdoor Sangh have supported the stir, which has come five days after a 'hartal' was observed by right-wing groups in protest the entry of two young women into the Sabarimala shrine.

Trains were stopped in Thiruvananthapuram, Tripunithura, Shoranur railway stations, and were running late.

The Kerala State Road Transport Corporation (KSRTC) could not operate most of its fleet of buses.

Sabarimala pilgrims, tourists, social and religious functions have been exempted from the strike.

In Karnataka, hotels, shops and establishments like malls and film theatres functioned as usual, with their unions extending "moral support" to the strike.

While buses of the Karnataka State Road Transport Corporation stayed off the roads in most parts of the state, causing inconvenience to people travelling to distant places, private buses, auto, taxi and metro services plied as usual.

The state Bharatiya Janata Party described the strike "illogical, irrational and politically-motivated" move called by "frustrated elements" and has asked people to reject it.

Barring partial impact on banking activities, it was business as usual in Telangana Tuesday.

A TSRTC official said there was very little impact of strike on bus services with a major trade union body, Telangana Mazdoor Union, deciding to confine the protest to lunch hour demonstrations only.

Anna Thozhir Sangam Peravai, a trade union wing affiliated to the ruling AIADMK and the Bharatiya Mazdoor Sangh did not take part in the stir.

The CITU's Tamil Nadu President A Soundararajan said peaceful protests were held in all the 32 district headquarters of the state.

A banking official told PTI banks in the state functioned without clerical staff, who took part in the stir.

A senior state transport department official said bus services inside the state were smooth. However, services to the neighbouring states Karnataka, Kerala and Puducherry were cancelled for "reasons of safety."

The strike had hardly any impact in Andhra Pradesh with buses and other transport vehicles plying smoothly. Offices remained open and educational institutions functioned, officials said.

In the Union Territory of Puducherry, government offices functioned as usual.

Most schools declared holiday for the day. Branches of various banks remained closed in many parts of Puducherry.

Buses, autorickshwas and contract carriages remained off the roads. Police said no untoward incidents were reported from anywhere.