The court also ordered the customs to not take any coercive step against Abhishek Banerjee's wife Rujira Naroola. 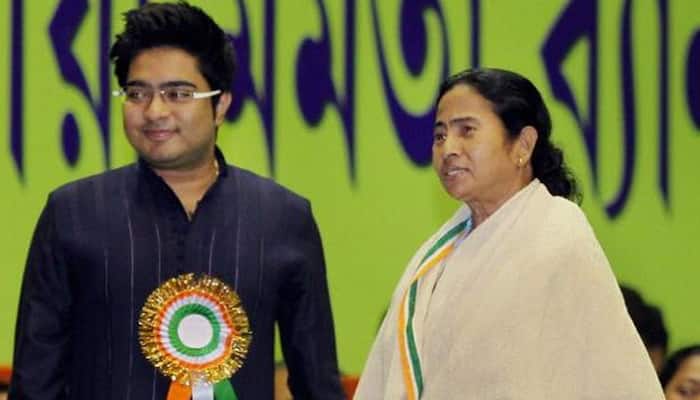 The court also ordered the customs to not take any coercive step against Abhishek Banerjee's wife Rujira Naroola. It may be recalled that Naroola was held by customs officials at Kolkata airport on Mar 15-16 for allegedly carrying gold without declaration. She was however, allowed to go after police intervention.

On April 2, the Ministry of Home Affairs (MHA) had issued a show cause notice to Rujira Naroola for discrepancies in her PAN application.

The show cause notice issued by the MHA showed that Rujira had applied for PAN holding OCI card without mentioning that she is a Thai national. The MHA has asked her to reply within 15 days otherwise her OCI card might get cancelled.

Here's the notice issued by MHA.

“Ms Rujira Naroola, a Thai national, had been issued PIO card No P234979 by Indian Embassy in Bangkok on January 8, 2010, mentioning Mr Niphon Naroola as father in the card."

"Ms Rujira Naroola applied for conversion of her PIO card into OCI (overseas citizenship of India) card in the office of FRRO, Kolkata and issued the OCI card No. A2B79448 on 8 November, 2017. One of the supporting documents submitted by Ms Rujira Naroola to get her PIO card converted into OCI card was the certificate of her marriage with Abhishek Banerjee which was issued on February 13, 2013 wherein she mentioned Mr Gursharan Singh Ahuja, R/o of Rajouri Garden, New Delhi, as her father in this certificate of marriage."

“Whereas, the central government has been further informed that on November 14, 2019, Ms Rujira Naroola applied for PAN card by filing Form 49A without intimating her real status as a Thai national holding OCI card and mentioning Mr Gursharan Singh Ahuja as her father. She was actually required to fill Form 49AA to get a PAN by declaring herself as a foreigner holding an OCI card. On the basis of information given in her application Form 49A, she has obtained the PAN card bearing No. AJNPN2286R under the name Ms Rujira Naroola in the capacity of an Indian citizen."

“The Central Government has examined the matter and noticed the discrepancies mentioned above and is prima facie of the opinion that registration of Ms Rujira Naroola as an OCI card holder is liable for cancellation in the interest of general public Sub Clauses (a) & (e) of Section 7D of the Citizenship Act, 1955,” according to the notice.