At least 20 fire tenders and two hydraulic ladders were pressed into service to douse the blaze. 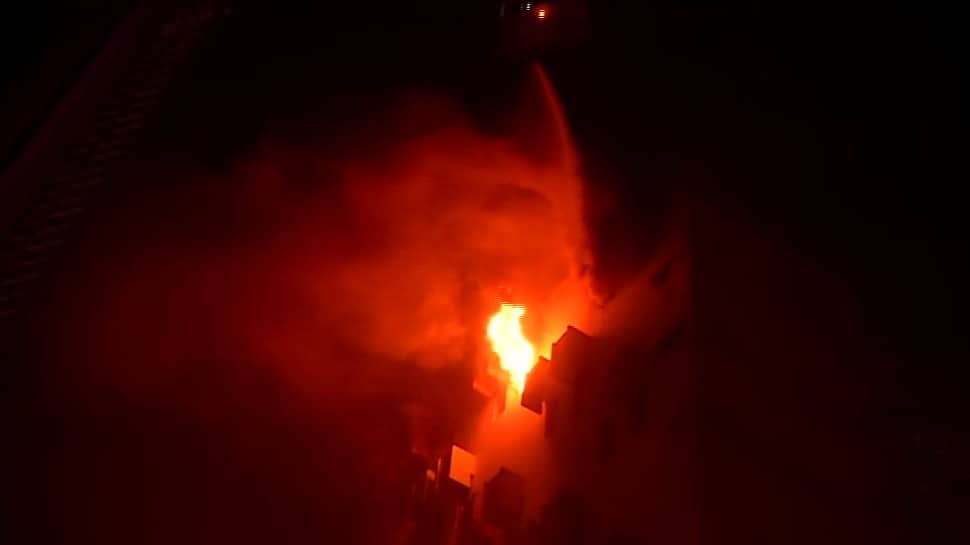 Kolkata: In a major fire that broke out on the 13th floor of a multi-storeyed building in Kolkata’s Strand Road area, at least nine persons were killed. Prime Minister Narendra Modi has condoled the loss of lives and announced compensation for the kin of the deceased and those injured in the incident

The fire broke out on Monday(March 9) evening and took the lives of four fire brigade officials, an assistant sub-inspector (ASI) of Kolkata’s Hare Street police station, a railway official and a security person.

PM Narendra Modi has approved an ex-gratia of Rs 2 lakhs each from the Prime Minister's National Relief Fund for the next of kin of those who have lost their lives due to the tragic fire in Kolkata. Rs 50,000 would be given to those seriously injured, announced the Prime Minister's Office.

The Prime Minister said, "Saddened by the loss of lives due to the fire tragedy in Kolkata. In this hour of sadness, my thoughts are with the bereaved families. May the injured recover at the earliest."

Saddened by the loss of lives due to the fire tragedy in Kolkata. In this hour of sadness, my thoughts are with the bereaved families. May the injured recover at the earliest.

According to news agency PTI, the names of the four fire brigade officers that perished in the fire are: Girish Dey, Biman Purokayet, Gaurav Baij, Aniruddha Jana. The ASI has been identified as Amit Bhawal.

At least 20 fire tenders and two hydraulic ladders were pressed into service to douse the blaze. Several firefighters also fell ill because of the thick smoke in the building.

The incident took place at the New Koilaghat building on Kolkata’s Strand Road. The building housed offices of the Railways.

The fire was detected at 6:15 pm and its intensity reduced at 9:30 pm. West Bengal Chief Minister Mamata Banerjee reached the spot around 11 pm.

Former Kolkata Municipal Corporation mayor and chief administrator Firhad Hakim also reached the spot to take stock of the situation. The cause of the fire at the New Koilaghat building is yet to be confirmed, police said.

Online booking has been temporarily stopped for all zones of the Eastern Railway as the building which caught fire had the computerised ticket booking centre on the ground floor.