Priyanka Gandhi Vadra now says all Congress candidates in UP will give a tough fight to BJP. 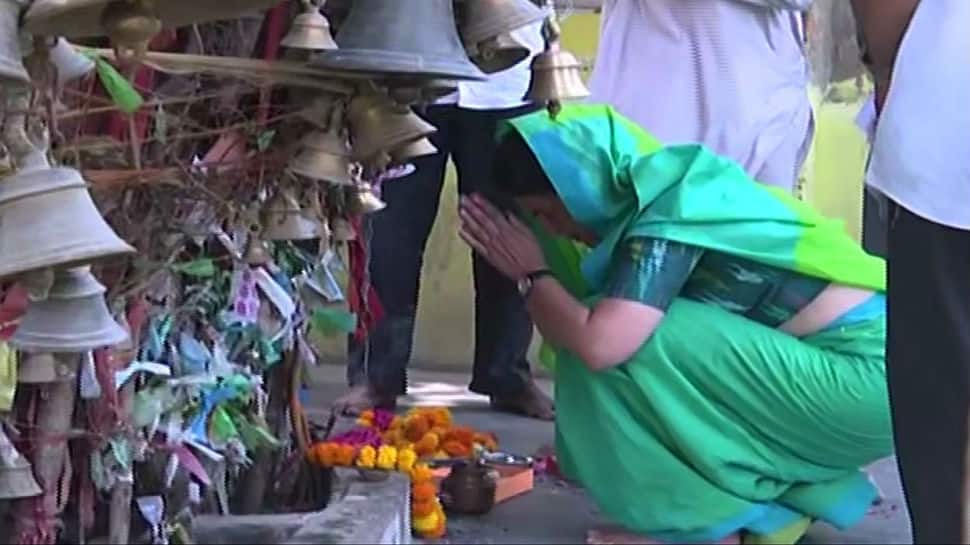 New Delhi: Seen widely as an admission of defeat even before Lok Sabha 2019 election is over, Priyanka Gandhi Vadra on Thursday took a complete U-turn from her 'weak candidates to cut BJP votes' comment from a day earlier.

Speaking to reporters, Priyanka had said on Wednesday that Congress candidates in UP 'have been carefully chosen to either win or to cut BJP's votes. The BJP was quick to pounce on the comment and blasted Congress for having no vision or plan for the country and its people. "Congress has openly admitted it will lose the election. They have given up even before the election is over," said Smriti Irani who faces Rahul Gandhi in Amethi Lok Sabha constituency. Party colleague Sambit Patra, BJP candidate from Puri seat, termed Congress as a 'vote katua' party.

Samajwadi Party chief Akhilesh Yadav also lashed out at the Congress in-charge for eastern UP. "I cannot believe in these types of statements. I do not believe that the Congress has fielded weak candidates anywhere. No party does it. People are not with them. That is why they are making excuses," he said. (Read full report here)

Faced with a massive political reaction, Priyanka on Thursday did a complete 360-degree turn. "Ideology of Congress and BJP is poles apart. We'll always fight them, they are our main adversary in politics. We've made sure not to benefit BJP in any way. We're fighting strongly, our candidates are strong," she said.

The battle for UP has turned into a three-way contest between BJP, Congress and the SP-BSP combine. BJP had almost swept the state in 2014 Lok Sabha election by winning 71 of the 80 seats here. While SP had managed to win five, Congress had been humiliated to wins in just two seats. BSP was absolutely ravaged and the party had failed to open its account.