Voting for all four parliamentary constituencies in Himachal Pradesh is scheduled to take place in the last and seventh phase on Sunday. A total of

Voting for all four Lok Sabha constituencies in Himachal Pradesh is scheduled to take place in the last and seventh phase on Sunday. A total of 45 candidates are in fray from these four Lok Sabha seats and their fate will be decided by over 53 lakh registered electors in the state. The Election Commission of India has set up 7723 polling station across the state for smooth conduct of polls.

Kangra, Mandi, Hamirpur parliamentary constituencies are General Seats whereas Shimla PC is reserved for SC. As per Form 7A available on EC website, 11 candidates are contesting from Kangra, 17 from Mandi, 11 from Hamirpur and 6 from Shimla. 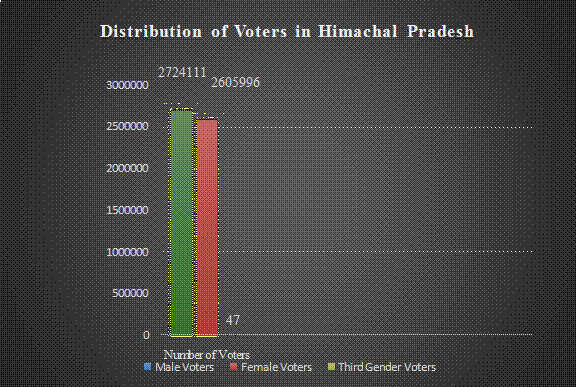 All eyes will be on Mandi from where former Union Minister Sukh Ram's grandson Aashray Sharma is contesting on a Congress ticket. Aashray is pitted against BJP's Ram Swaroop Sharma who is seen by many as a close confidante of Chief Minister Jai Ram Thakur.

Voting will take place on 59 Lok Sabha seats spread across seven states and one Union Territory in the seventh phase on Sunday. A total of 918 candidates are in the fray and their political fate will be decided by over 10.01 lakh voters. The maximum number of seats going to poll in the seventh and final phase of Lok Sabha election 2019 are in Uttar Pradesh and Punjab with 13 seats each. West Bengal (9 seats), Madhya Pradesh (8), Bihar (8), Himachal Pradesh (4) and Jharkhand (3) are the other states along with the Union Territory of Chandigarh (1) which will vote in the final phase.