AAP rubbished the exit polls which have projected over 300 seats for the BJP-led NDA in the Lok Sabha election asserting that the Opposition will form the next government at the Centre. 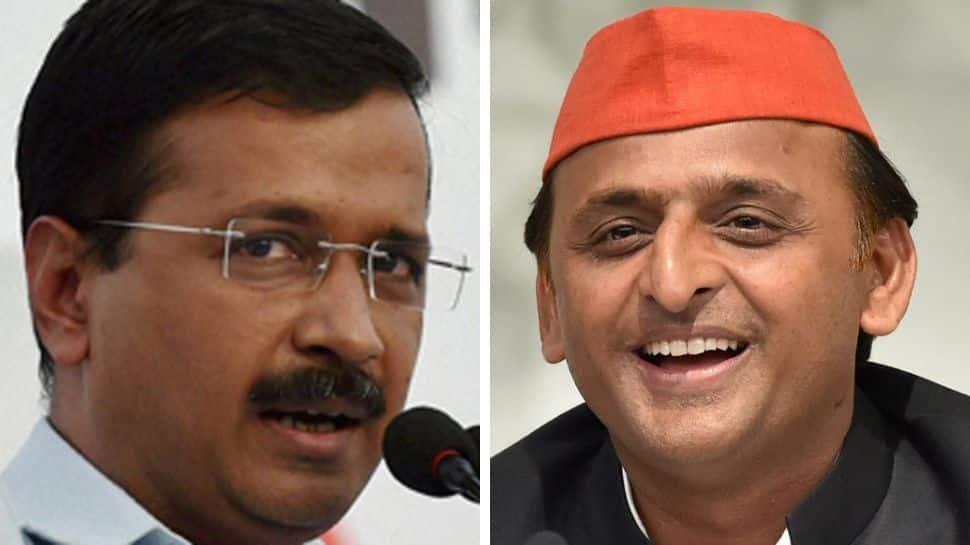 Delhi Chief Minister Arvind Kejriwal on Tuesday spoke to Samajwadi Party chief Akhilesh Yadav to discuss opposition strategy after Lok Sabha election results are announced on 23 May. Speaking over the phone, the two leaders also discussed the political situation prevailing in the country.

Briefing about the conversation between the two party chiefs, Aam Aadmi Party (AAP) MP Sanjay Singh said that the priority of the AAP is to stop the Bharatiya Janata Party (BJP) from coming back to power. "Results will be declared after 2 days. We met to discuss the strategy to be followed after that. The first priority is to stop BJP, pair of Narendra Modi-Amit Shah and communal forces. This was also a courtesy call," he said.

While most exit polls have predicted BJP winning majority seats in Uttar Pradesh, Singh said that not BJP but the Samajwadi Party-Bahujan Samaj Party alliance will get over 60 out of the 80 seats in the state. "I feel the gathbandhan will get more than 60 seats in UP. BJP will be wiped off across the country," he said.

He also rubbished the exit polls which have projected over 300 seats for the BJP-led NDA in the Lok Sabha elections asserting that the Opposition will form the next government at the Centre. "Exit polls will prove to be completely false like it had happened before. The opposition will form a strong government at the Centre," he said. Exit poll results for Uttar Pradesh have thrown up confusing numbers with some pollsters showing that SP-BSP-RLD mahagathbandhan is in the lead, while some have predicted that BJP would do better.

Earlier on Monday, Akhilesh had met BSP supremo Mayawati at the latter's residence in Lucknow to hold discussions over post-poll scenarios. Sources told Zee Media that during the meeting which lasted for about half an hour, the two leaders talked about the seats which the SP-BSP-RLD alliance is likely to win in the Lok Sabha election.

The two leaders are confident of winning at least 55 out of 80 seats at stake in Uttar Pradesh. They also exuded confidence that the country would get a new prime minister after the declaration of results on May 23.