Arvind Kejriwal has done another U-turn, clock is running out: Rahul Gandhi

Rahul Gandhi has offered four seats in Delhi but AAP has so far been keen on electoral leeways in states like Haryana, Punjab and Goa. 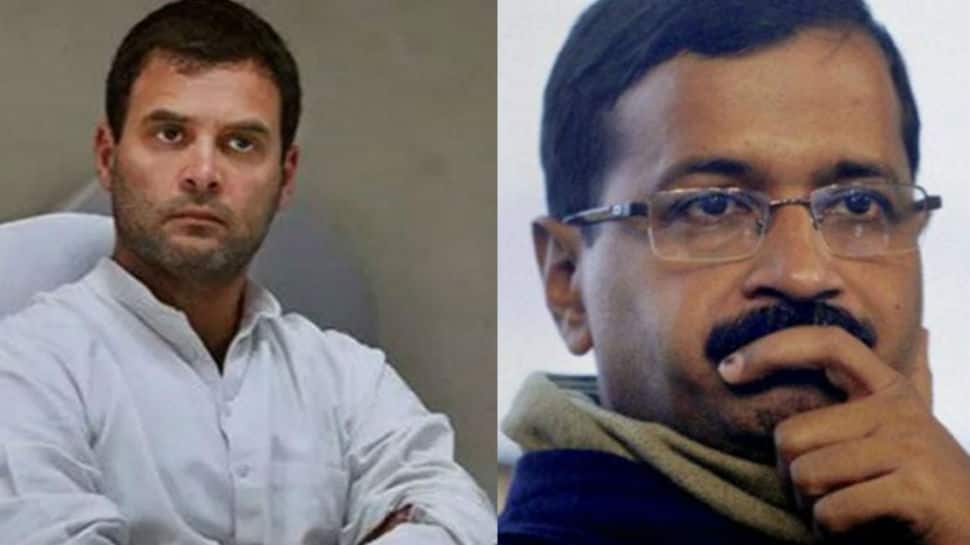 New Delhi: Setting aside their political differences for the 'greater good of defeating Narendra Modi' seems to be a common theme between Congress and the Aam Aadmi Party. Both parties, however, have so far been unable to seal an alliance - accusing each other of creating roadblocks.

A day after AAP chief Arvind Kejriwal said that he is willing to do all that it would take to defeat PM Modi in the ongoing Lok Sabha election 20919, Rahul Gandhi tweeted saying that an alliance with AAP would mean the end of BJP. He then accused Kejriwal of taking a U-turn. "An alliance between the Congress and AAP in Delhi would mean the rout of the BJP. The Congress is willing to give up 4 Delhi seats to the AAP to ensure this. But, Mr Kejriwal has done yet another U turn! Our doors are still open, but the clock is running out," he said.

Kejriwal was quick to hit back and he too chose Twitter as the medium for his response. "What U-turn? The talks were still on. Your tweet shows that you are not interested in an alliance but only want to brag about it. It is unfortunate that in UP and other states, you are helping Modi by dividing the anti-Modi votes," he wrote. (Full report here)

While Rahul may have said Congress is willing to give up four seats in Delhi, AAP has reportedly been keen on a joint fight elsewhere. Last week, AAP MP Sanjay Singh had said that the prospect of an alliance was over. "They don't have any MLA or MP in Delhi but are demanding three seats here," he had told news agency ANI on Wednesday. "In Punjab, we (AAP) have four MPs and 20 MLAs but Congress does not want to share seats there. Same is the situation in Haryana, Goa and Chandigarh. So, this alliance is not possible." (Full report here)

While Kejriwal too said that he is confident AAP would win all seven seats in Delhi with or without Congress, he held out an olive branch. (Full report here)

Many political analysts have regarded the talks - and the bickering - for an alliance between the two parties as an electoral tragedy that could benefit BJP. Meanwhile, several BJP leaders have highlighted how AAP and Congress are struggling to form an 'unholy alliance' just to challenge PM Modi. They say even that one agenda of both parties is not good enough for the two to let go off their political egos.