The fate of 2,118 candidates in fray from 175 assembly constituencies in Andhra Pradesh, which voted on April 11 in the first phase of 2019 Lok Sabha election, will be decided on Thursday, May 23. 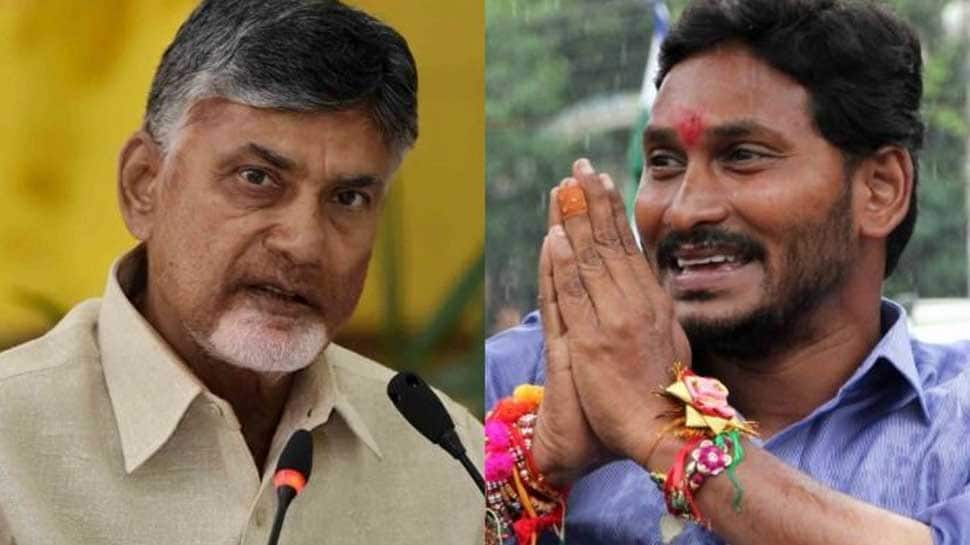 HYDERABAD: Whether TDP chief N Chandrababu Naidu's will get another term as chief minister and his dream to play a kingmaker at the Centre will materialise or YSR Congress Party led by YS Jagan Mohan Reddy will overturn the final outcome of the 2019 Lok Sabha and assembly elections in the state will be clear when the counting votes begins on May 23.

The fate of 2,118 candidates in fray from 175 assembly constituencies in Andhra Pradesh, which voted on April 11 in the first phase of 2019 Lok Sabha election, will be decided on Thursday. The final results will be declared after the counting of votes is over.

TDP chief Chandrababu Naidu, his son Nara Lokesh, YSRCP president YS Jagan Mohan Reddy, Pawan Kalyan, Naidu's brother-in-law and actor N Balakrishna and state Congress chief Raghuveera Reddy were among the prominent candidates to watch out for. A key feature of these polls is the electoral debut of Naidu's son Nara Lokesh, who contested from the Mangalagiri assembly seat in the capital region of Amaravati. Naidu is seeking re-election from Kuppam in his native Chittoor district while Jagan has once again contested from Pulivendula, his family stronghold in Kadapa district.

The exit polls has made mixed projections as to which party will form the next government in the state. While some predicted that the YSR Congress Party (YSRCP) will storm to power, others said the Telugu Desam Party (TDP) will retain power and Naidu will comfortably get another term as CM.

Some exit polls gave the YSRCP 111-135 seats in 175-member assembly, other predicted that the TDP will win 90-111 seats. They predicted 1-5 seats for actor Pawan Kalyan's Jana Sena, which made it electoral debut.

Unfazed by the exit polls which predicted that the YSR Congress Party (YSRCP) will storm to power in Andhra Pradesh, Chief Minister N Chandrababu Naidu on Monday exuded confidence that his Telugu Desam Party (TDP) will retain power in the state.