PM Narendra Modi focused on work done by his government in the last five years and the follies of previous governments although there was some speculation that he could also mention Ram Temple during his speech. 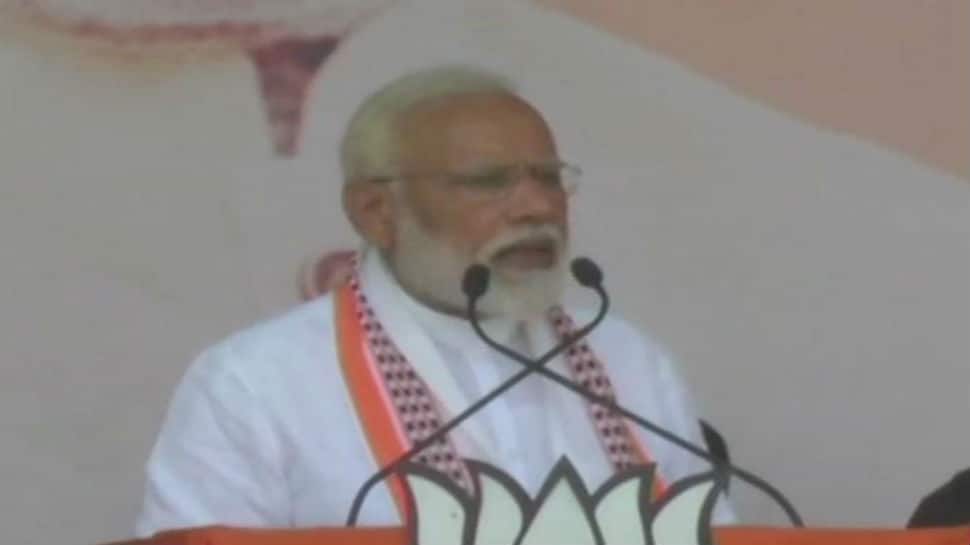 Choosing to focus on the work done by his government in the last five years and the follies of previous governments, PM Modi launched a scathing attack on Congress, BSP and SP. "Be it SP, BSP or Congress, it is necessary to know their reality. Behen ji (Mayawati) used the name of Babasaheb Ambedkar but she did everything which is just the opposite of his principles. SP used the name of Lohia ji but they destroyed the law and order situation in UP," he said.

PM Modi then singled out Congress for ignoring the masses despite a plethora of promises during elections. "Congress does not care for the poor of the country. They only care about their own interests and the interests of one (Gandhi) family," he said. "The poor, the labourers want to move forward. All that they need are opportunities. Our government has worked to make their lives easier."

Highlighting the need for a strong government, PM Modi also warned that terrorism remains a massive threat. "Parties like Congress, SP and BSP have a track record of being soft on terror. And that is exactly what some in our neighbouring countries want. Terror is the biggest threat to our beliefs and customs. India needs a strong government that can ensure its peace and security," he said to scores of people who had gathered here.

Among people present here were many sadhus as well who expected PM Modi to also speak on Ram Temple. That was not to be, however, as PM Modi made no reference to what has been attached mammoth significance to by his party over the past several years.