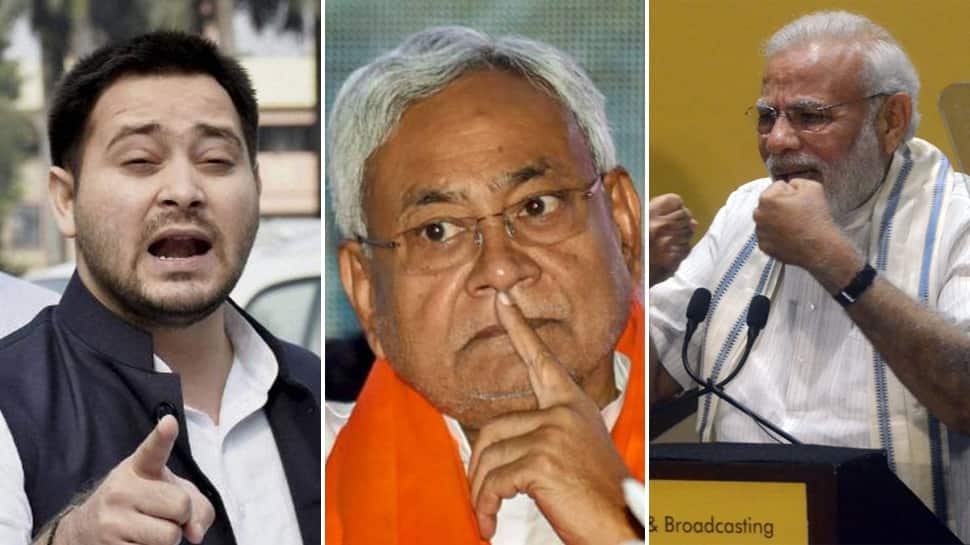 PATNA: Ahead of the mega rally National Democratic Alliance (NDA) rally in Bihar, Rashtriya Janata Dal leader Tejashwi Yadav has dared the Chief Minister Nitish Kumar to seek special status for the state from Prime Minister Narendra Modi. Yadav advised Nitish not to be afraid of Modi and "demand the genuine rights of Bihar." Modi and Nitish will come together on a political stage after a gap of nine years.

He also hit out at Nitish for Bihar not getting the special category status. He alleged that Kumar played the spoilsport as a Union Minister in the NDA government led by Atal Bihari Vajpayee when then RJD government in Bihar demanded special status. "Kumar was solely responsible for the denial of special category status to Bihar when he was a Union Minister. Later, he launched the demand for special status after coming to power a decade ago. Now he has forgotten his longstanding demand just to save his chair," Yadav said.

The Bharatiya Janata Party is claiming that NDA's Sankalp rally in Patna's Gandhi Maidan on Sunday will be the biggest rally in terms of the people who will be attending it. With the rally, the NDA will sound the bugle in the state for the Lok Sabha election that will be taking place in April-May.