Smriti Irani said despite Rahul Gandhi consistently "abusing" Prime Minister Narendra Modi and calling him a "chor" (thief), the prime minister has never discriminated against the development of Amethi. 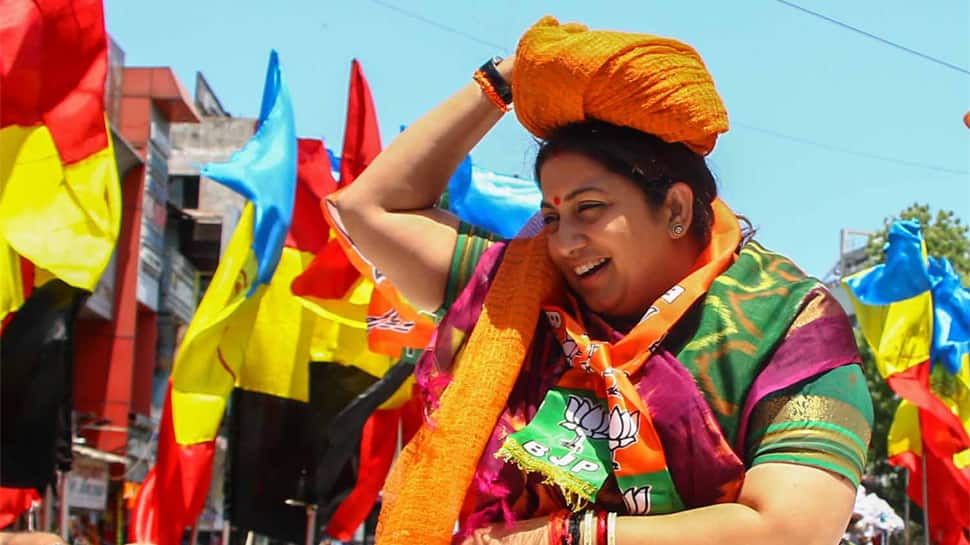 Amethi: Union Textiles Minister Smriti Irani, pitted against Congress president Rahul Gandhi at his home turf here, on Sunday appealed to voters to give farewell to their neither-seen-nor-heard, "missing MP".

Addressing an election meeting in Dharai under Amethi assembly segment, Irani exhorted voters to bid adieu to their MP, saying give "bidai" (farewell) to the "namdar" and send a "kamal" (lotus- BJP poll symbol) to New Delhi from Amethi this time.

Talking on development, Irani said despite Rahul Gandhi consistently "abusing" Prime Minister Narendra Modi and calling him a "chor" (thief), the prime minister has never discriminated against the development of Amethi.

The textiles minister also sought to sweeten her appeal with a promise to Amethi voters on behalf of the prime minister to get sugar at Rs 13 a kg on the BJP coming to power again in the Centre.

Attacking Gandhi, Irani said, "The missing MP comes here once in five years when the nomination papers has to be filed. Had it not been mandatory to personally file the papers, he would not have come here (at all)."

Alleging that Gandhi has not even used his MPLAD fund on development of Amethi in the last 15 years she said, "I am sure the leader who is neither seen here nor heard in the Parliament will surely be given a farewell this time."

"I have come with a message of Modiji. He has asked you all to strengthen the BJP and on (the BJP) coming to power, get sugar at Rs 13 a kilo," she said, adding the sweetener.

"Modiji understands the problems of women and that is why he has got built two lakh toilets here and given more than one lakh gas connections while during the Congress government, people used to take bribe even for providing gas coupons," she said.

Talking on the BJP growth in Amethi since she first fought the Lok Sabha poll from here against Gandhi in 2014, she said when she first came here there was not a single BJP MLA, but there were four now.

"But to ensure development, you also need an MP. So this time give a 'bidai' to the naamdar and send a 'kamal' from Amethi to Delhi," she said, apparently referring to referring to Gandhi as "naamdar", a dynast.

The voting for Amethi is scheduled to be held on May 6 in the fifth phase of elections.