Addressing a public rally in Rajasthan's Jaipur, PM Modi said, "In our fight against terrorism, it is a big victory." 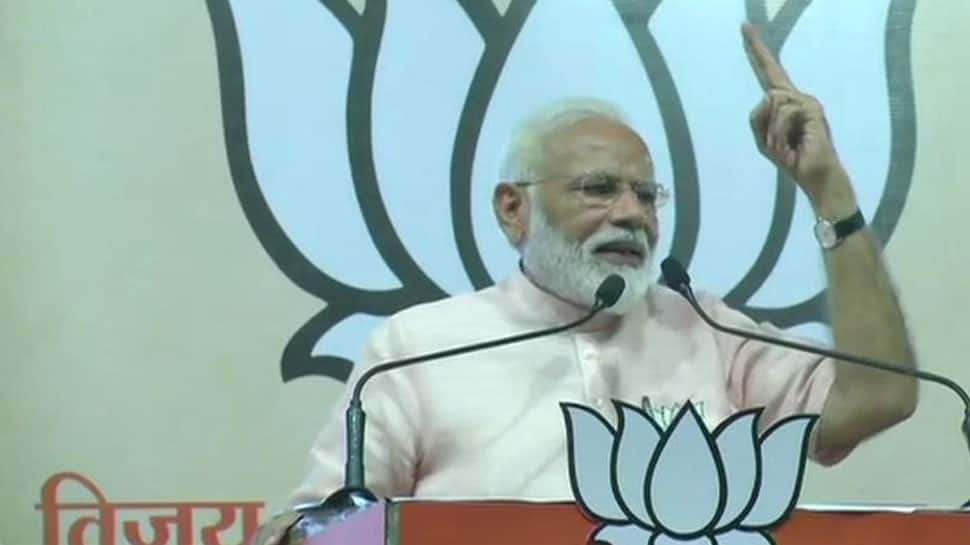 Prime Minister Narendra Modi on Wednesday evening hailed the UN listing of Jaish-e-Mohammad (JeM) founder Masood Azhar as a global terrorist, asserting that in India's fight against terrorism, it is a big victory. He also thanked the nations who stood by India in its battle against terrorism.

Addressing a public rally in Rajasthan's Jaipur, PM Modi said, "In our fight against terrorism, it is a big victory."

The prime minister said that today the world listens to India, adding that this is only the beginning.

In a major diplomatic victory for India on Wednesday, Masood Azhar was finally listed as an international terrorist by the United Nation Security Council's 1267 committee. China, earlier on Wednesday, removed its hold on the listing of Masood Azhar, the man behind several terror attacks in India.

Listing of Azhar means that travel and an arms embargo will be imposed on him which means he cannot travel outside Pakistan nor can he buy weapons. His assets will also be frozen globally. But the big message that India has been able to send is that Pakistan remains the epicentre of terror. It is interesting to know that Pakistan hosts the largest number of United Nations listed terrorist.

In 2017, US, UK and France moved the proposal but China blocked the move again. The move in February of 2019 saw global support with 14 out of 15 members of UNCS backing the move for the listing of Masood Azhar. The proposal was moved US, UK, France and co-sponsored by Australia, Bangladesh, Italy and Japan.