The BJP workers alleged that the officer was asking voters to "press the cycle button," election symbol of Samajwadi Party. 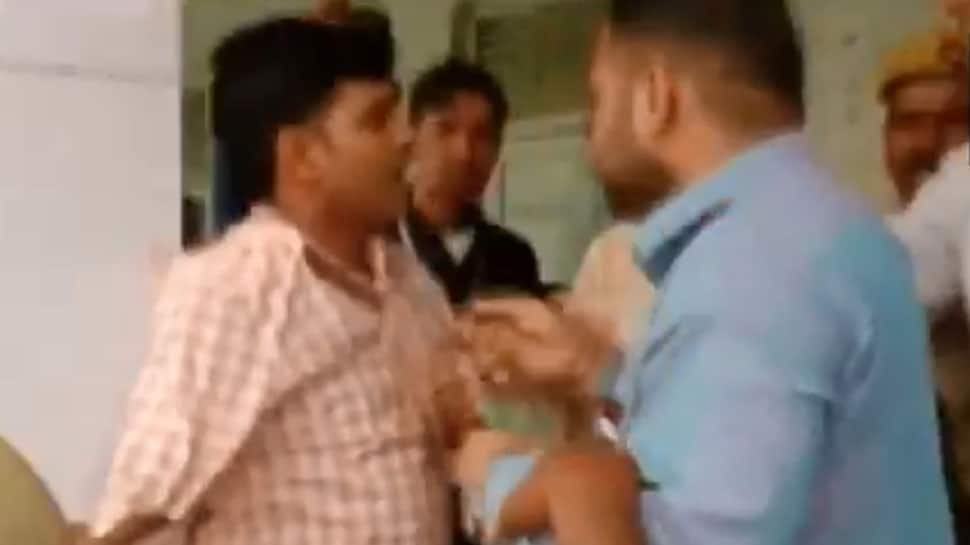 Moradabad: A polling officer was thrashed allegedly by a group of Bharatiya Janata Party (BJP) workers at booth number 231 in Uttar Pradesh's Moradabad Lok Sabha constituency. The BJP workers alleged that the officer, Mohammad Zubair, was "asking voters to press the cycle button" (election symbol of Samajwadi Party) on the EVM machine.

In a video shared by news agency ANI, the polling officer is seen being thrashed by the BJP workers and later, the police officials intervened to stop the attackers.

Similarly, in Etah, voters alleged that the presiding officials were "pressuring them to vote for the cycle". One such officer, Yogesh Kumar, was taken off duty, IANS reported.

Meanwhile, Samajwadi chief Akhilesh Yadav alleged that "EVMs across India are malfunctioning or voting for the BJP."

Sharing news reports of EVM malfunction, the former UP CM wrote, "EVMs across India malfunctioning or voting for the BJP. DMs say poll officials untrained to operate EVMs. 350+ being replaced. This is criminal negligence for a polling exercise that costs 50,000 crores."

About 18.56 crore voters are eligible for voting in the third phase of the elections.

Sadhvi Pragya seeks dismissal of plea against her; calls it politically motivated