Sadhvi Pragya will be filing four sets of details, two of which were submitted on Monday and two more will be filed on Tuesday. 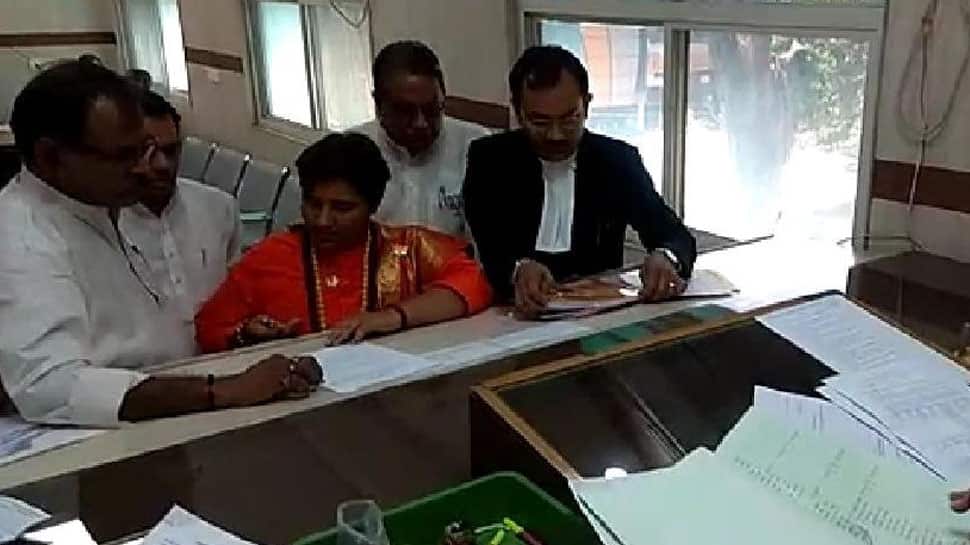 Former minister Uma Shankar, who is has proposed Sadhvi Pragya's nomination, said she will be filing four sets of details, two of which were submitted on Monday and two more will be filed on Tuesday. She also took a vow of silence before filing her nomination.

Sadhvi Pragya has requested that the arrangement for her to complete her nomination process on Tuesday be made on the ground floor as she faced trouble while climbing the stairs today.

Sadhvi Pragya's political debut has been marred by controversy. Soon after BJP declared her their candidate from Bhopal, the opposition hit out at the ruling party for giving a ticket to an accused in the Malegaon blast.

On Friday, she received severe backlash for saying that 26/11 martyr and former Mumbai Anti-Terrorist Squad (ATS) chief Hemant Karkare died because she "cursed" him. A notice issued by the Election Commission was later issued to her in connection with her derogatory remarks.

A day later, she stirred controversy for saying in an interview to a television channel that she was also part of the group which demolished the Babri Masjid in Ayodhya on December 6, 1992, adding that she was "proud" of her involvement in the whole movement.

Sadhvi Pragya is fighting against Congress' Digvijaya Singh in Bhopal, which will go to polls in the third phase on May 12.