TDP chief Chandrababu Naidu on Saturday met Congress president Rahul Gandhi and discussed firming up an anti-BJP front to keep the saffron party out of power after poll results are declared. 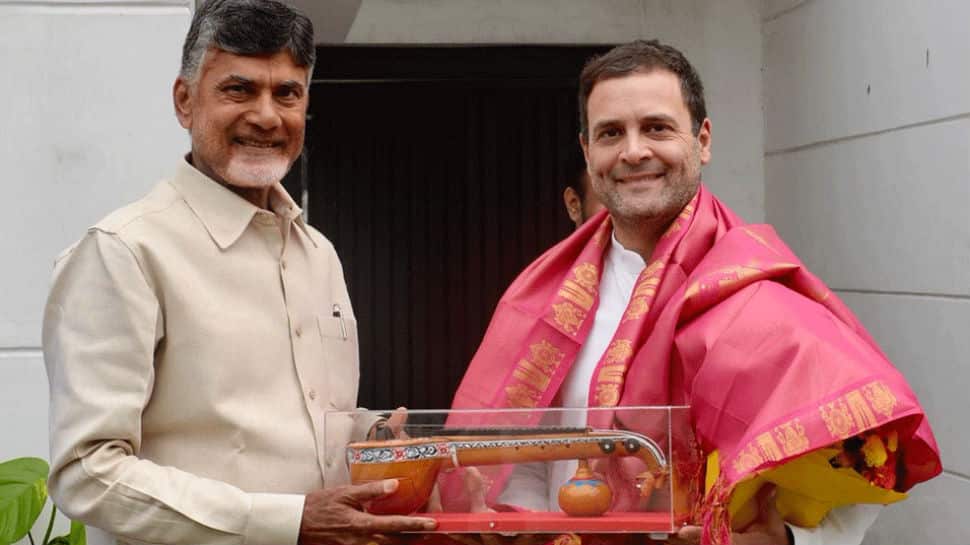 New Delhi: TDP chief Chandrababu Naidu on Saturday met Congress president Rahul Gandhi and discussed firming up an anti-BJP front to keep the saffron party out of power after poll results are declared.

Before meeting the Congress chief, Naidu, who is spearheading an effort to cobble up an anti-BJP front, met CPI leaders Sudhakar Reddy and D Raja.

He is scheduled to meet NCP supremo Sharad Pawar and LJD leader Sharad Yadav in the national capital later in the day.

The Andhra Pradesh chief minister is also scheduled to meet BSP chief Mayawati and SP president Akhilesh Yadav in Lucknow in the evening.

In an hour-long meeting with Gandhi, sources said, Naidu discussed the impending need to bring together all parties which are against the BJP after the Lok Sabha election results are declared on May 23.

Sources said Naidu also told Gandhi to have a strategy ready in case the BJP falls short of numbers and still stakes claim to form the government.

Naidu is also in touch with Trinamool Congress chief Mamata Banerjee over the phone on this issue, the sources added.

On Friday, Naidu had said that not only the Telangana Rashtra Samithi (TRS) but any outfit which is against the saffron party are welcome to join a grand alliance after the election results are declared.

He had also met AAP convener and Delhi Chief Minister Arvind Kejriwal as well as CPI(M) leader Sitaram Yechury on the matter.

The seven-phase polling will end on Sunday and the counting of votes will be done on May 23.