Chandrababu Naidu to meet Rahul in Delhi, Akhilesh, Mayawati in Lucknow on Saturday 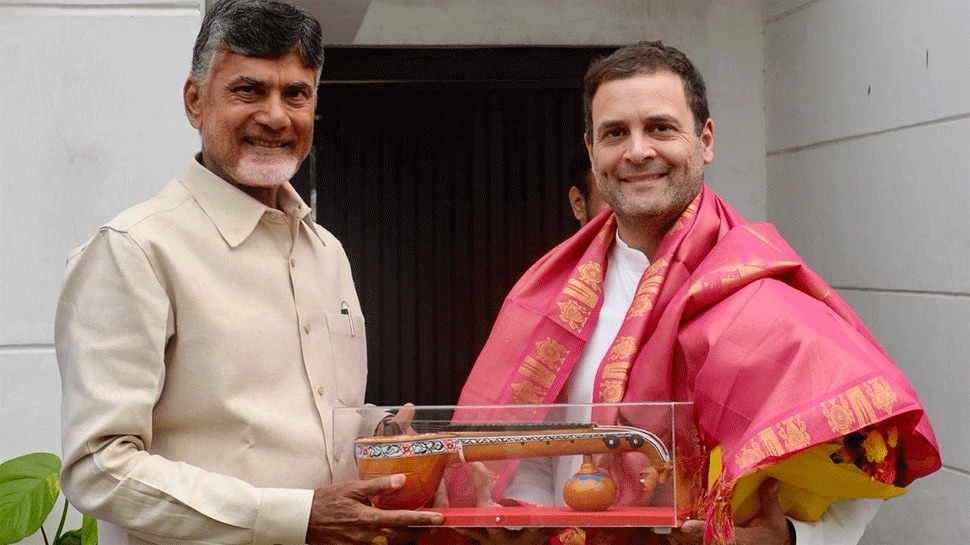 Accusing the Election Commission of being a "biased body" that takes "pro-government decisions," Naidu, while speaking to reporters, had said, "It is unfortunate that we are fighting against the EC. In Andhra Pradesh, they ordered re-polling in five polling stations. I do not want re-polling. I want the EC to be transparent. The way the EC is working, I am questioning that as a senior politician of the country. I have never seen such an attitude of the EC in the last 25 years of my political career," he said.

Naidu had also written a letter to the poll body, saying, "The EC has already conducted re-polling in five other polling stations in three districts of Andhra Pradesh on May 6, based on certain complaints. If there were any issues in the polling stations in Chandragiri assembly constituency, why didn`t the Commission enquire into the same and conduct the re-polling on May 6?"

He even criticised the EC for taking cognisance of the complaints filed by the YSRCP and ordering re-polling. "We have seen polling being conducted in different phases, but have never come across re-polling also being held in phases," he said. Hours after his meeting with Arora, Naidu visited Delhi Chief Minister Arvind Kejriwal at the latter`s residence. Delhi Deputy Chief Minister Manish Sisodia was also present in the meeting.

The TDP chief also met CPI (M) leader Sitaram Yechury. The seven-phased Lok Sabha elections, which began on April 11, will conclude on May 19. The 25 Lok Sabha and 175 assembly seats at stake in Andhra Pradesh went for polls simultaneously on April 11. The counting of votes will take place on May 23.