On Saturday, while addressing a rally in Uttar Pradesh PM Modi had launched a direct attack on Congress president Rahul Gandhi by saying that his father Rajiv Gandhi died as 'Bhrashtachari number 1'. 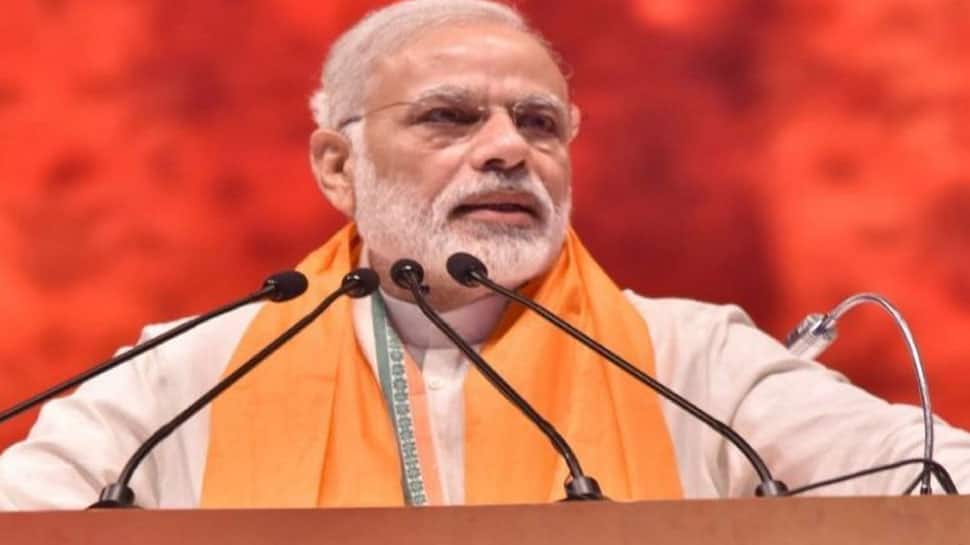 On Saturday, while addressing a rally in Uttar Pradesh PM Modi had launched a direct attack on Congress president Rahul Gandhi by saying that his father Rajiv Gandhi died as 'Bhrashtachari number 1'. "Your father was termed `Mr Clean` by his courtiers, but his life ended as `Bhrashtachari No 1,` PM Modi had said.

Reacting to PM's statement,Uttar Pradesh Congress Committee on Sunday wrote a letter to the EC, saying, "The statement by Prime Minister is not only the violation of Model Code of Conduct but also an insult of Bharat Ratna awardee martyr. Hence, we appeal the EC to take action against Prime Minister Narendra Modi by barring him from speaking at public rallies."

PM Modi made the remarks in reference to Bofors scam, in which Rajiv Gandhi was accused of receiving kickbacks from Swedish company Bofors for the sale of artillery guns to India.

Modi's remark has been criticised by leaders across different political parties. West Bengal Chief Minister Mamata Banerjee said that she was shocked at the "the audacity of such a statement".

"Sorry for my delayed response on this. I was campaigning. The comments made by ‘Expiry PM’ ModiJi against fmr PM Rajiv Gandhiji are very unfortunate. RajivJi dedicated himself & laid down his life for the motherland. I condemn the language used & the audacity of such a statement," she said.

SP chief Akhilesh Yadav also attacked PM Modi saying, "Election or not, this is basic humanity" to respect the martyred. The statement by the PM indicates levels to which people can stoop for the sake of clinging to power".

Former Jammu and Kashmir chief minister and PDP chief Mehbooba Mufti also criticised PM Modi. She said "Rajiv Gandhi lost his life serving our country. He was a true patriot who certainly doesn't need a certificate from those who lynch in the name of religion".