Addressing a rally at Gangavathi in Karnataka, PM Modi said the Congress-JDS coalition's "only mission is commission", attacking it on the issue of corruption. 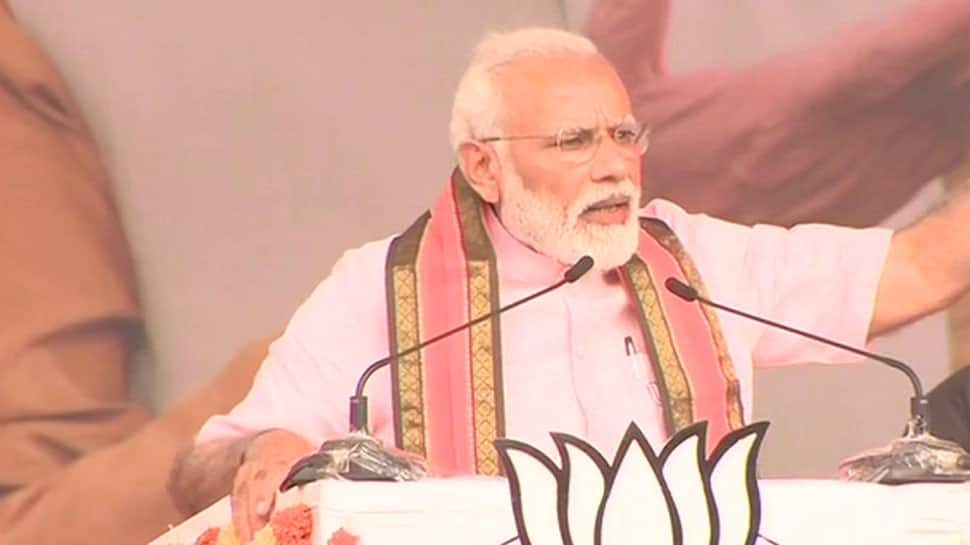 Prime Minister Narendra Modi on Friday launched a scathing attack on the Congress-JDS government in Karnataka, calling it a "20 per cent commission government."

Addressing a rally at Gangavathi in Karnataka, PM Modi said the Congress-JDS coalition's "only mission is commission", attacking it on the issue of corruption.

PM Modi branded the earlier government (Siddaramaiah's) as a "10 per cent commission" government, but now with Congress and JDS joining hands, it had become a "20 per cent commission government." He asked whether the Lok Sabha election was about "nation first or family first," as he attacked the dynasty politics of several anti-BJP parties.

He also asserted that there was a wave across the country favouring the return of his government.

In the first phase of Lok Sabha poll on Thursday, the opposition parties would not be able to sustain, said PM Modi. "Phir Ek Bar...." Modi said, and the huge crowd roared in approval saying, "Modi Sarkar".

The Prime Minister also drew huge applause when he spoke in Kannada towards the end of his speech, hailing every strata of society and asking them to say Chowkidar'.