Not the one to shy away from a bet, BL Sen shaved his head after incorrectly predicting Rahul Gandhi would become the PM after Lok Sabha election 2019. 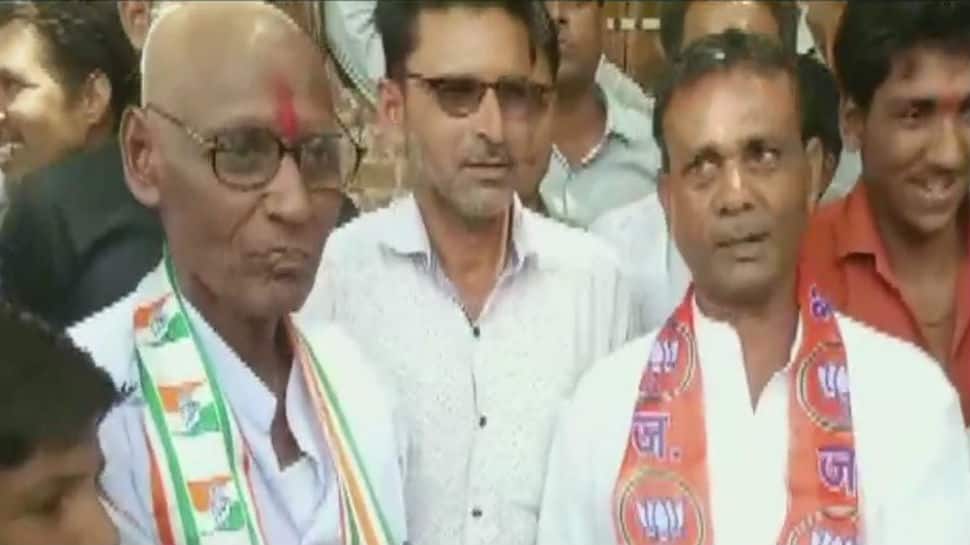 Rajgarh, Madhya Pradesh: BL Sen was sure that Rahul Gandhi would emerge victorious in Lok Sabha election 2019. Such was the faith of the Congress worker in his party president that he even struck a bet with a BJP worker who was sure of Narendra Modi returning to power.

Sen was left with no choice but to shave his head after the results were announced, as were the terms of the bet.

BJP thumped Congress in almost every state as Modi became the first non-Congress PM to get two successive terms in office. Sen's prediction and his hope of seeing Rahul finally sit on the PM's chair crashed to the ground and so did all of his hair. "We had a bet that if Modi becomes PM, I'll shave my head and if Rahul Gandhi becomes PM, he (BJP worker) will shave his head. Now that my party has lost, I shaved my head," he was quoted as saying by news agency ANI.

Despite the political saga of wins and loses for parties in elections, the work of workers - their dedication and unflinching support - often go unrecognised. After the recent election, however, both PM Modi and Rahul had especially thanked their respective party workers for their hard work.

BJP's vote share in Haryana surges with victory on 10 seats