Talking to ANI, DMK President Stalin said that the Congress will fight the election on 10 seats and 10 seats have been given to other alliance partners. 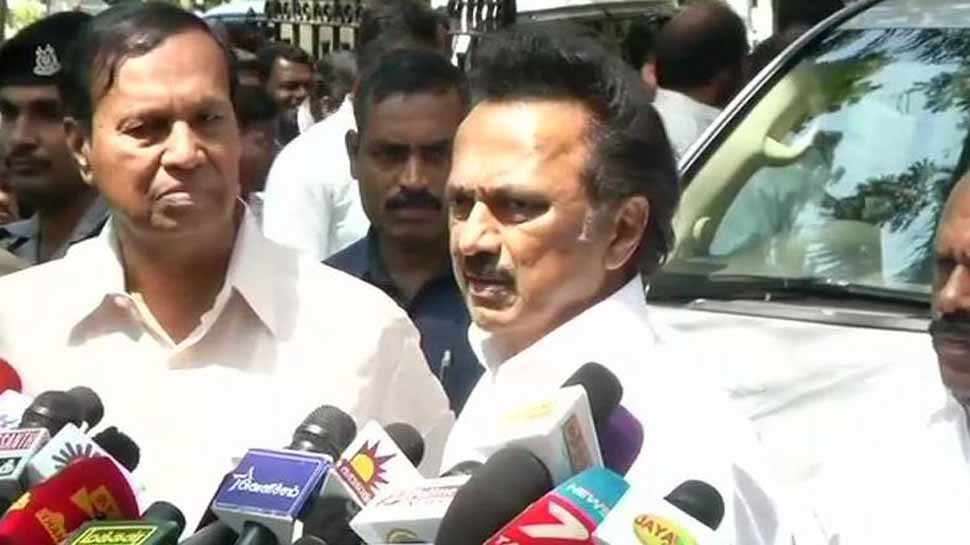 It is to be noted that the DMK is leading a rainbow coalition in Tamil Nadu and has already signed electoral pacts with the Congress, Communist Party of India (CPI), Viduthalai Chiruthaigal Katchi (VCK), Indhiya Jananayaga Katchi (IJK), Kongunadu Makkal Desiya Katchi (KMDK) and the Indian Union Muslim League (IUML).

Confirming the seat-sharing pact, Communist Party of India (Marxist) state secretary K Balakrishnan said, “As far as Tamil Nadu is concerned, our party will wholeheartedly participate in the alliance led by DMK. Our intention is to defeat the BJP-AIADMK combine in Tamil Nadu and there is no difference of opinion in that (among constituents).”

Talking to ANI, DMK President Stalin said that the Congress will fight the election on 10 seats and 10 seats have been given to other alliance partners. DMK will contest on the remaining 20 seats. He added that the identification of the seats for both DMK & alliance partners will begin on March 7.

Tamil Nadu has a total of 39 Lok Sabha seats and neighbouring Puducherry has one seat.

Asked about the CPI(M)'s stand on bypolls to 21 Assembly seats that have been lying vacant in the state, Balakrishnan said that his party will support the the DMK on these seats.

It is to be noted that 18 seats are lying vacant in the state following the court upholding the disqualification of AIADMK MLAs and Tiruvarur and Tirupparankundram seats are vacant due to the death of sitting legislators, former DMK chief M Karunanidhi and AK Bose of AIADMK, respectively.

Congress rules out alliance with AAP in Delhi, Arvind Kejriwal gets furious