DCW has sought a reply from DCP, East Delhi by May 11. 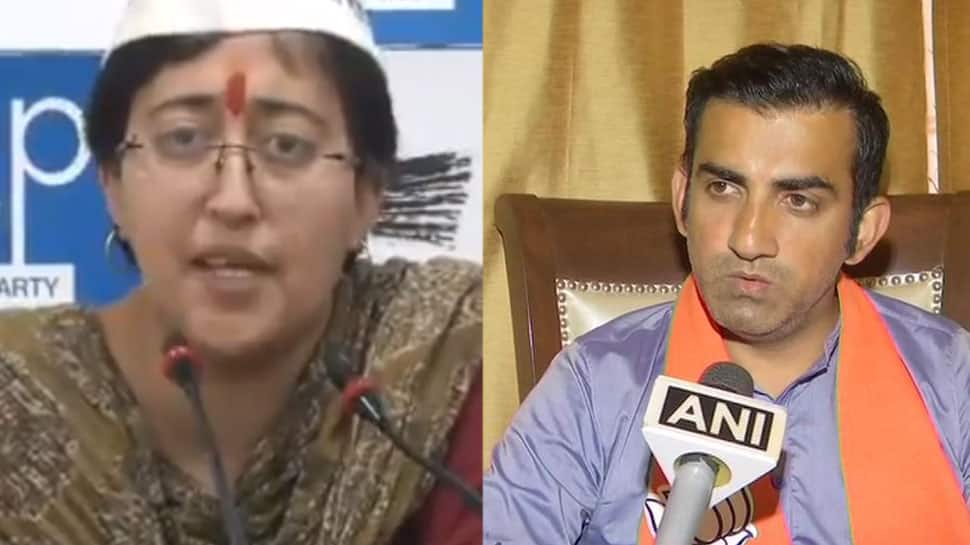 NEW DELHI: The Delhi Commission for Women (DCW) on Thursday took suo-motu cognizance of the allegations made by AAP candidate from East Delhi Atishi against her BJP rival Gautam Gambhir that he was distributing derogatory pamphlets to defame her.

News agency ANI reported that the DCW has taken suo-motu cognizance of the matter and written to East Delhi DCP over reports of pamphlets being circulated against AAP candidate from East Delhi, Atishi.

The DCW has asked the DCP if a FIR has been registered in this case and whether the accused has been identified and arrested and also sought to know what is the current status of the probe.

The women's panel has asked the DCP to file a reply by May 11, ANI said.

DCW has taken suo-motu cognizance & written to East Delhi DCP over reports of a pamphlet being circulated against AAP candidate from East Delhi, Atishi. DCW has asked the DCP if FIR's registered, accused identified&arrested & current status of probe. DCP to file reply by 11 May.

All this happened shortly after AAP's East Delhi candidate Atishi broke down at a press conference accusing BJP's Gautam Gambhir of circulating pamphlets with derogatory and casteist remarks against her.

Gambhir, who is contesting against Atishi in the East Delhi Lok Sabha seat, rubbished the allegation saying if it is proved he would quit from the election.

"They have shown how low they can stoop. Pamphlet states that `she is a very good example of a mixed breed`," Atishi alleged at the press conference in which was accompanied by Delhi Deputy Chief Minister Manish Sisodia.

Sisodia accused the cricketer-turned-politician of distributing pamphlets in an attempt to defame Atishi.

"Language in this pamphlet, distributed in East Delhi, is so abusive and low that everybody will feel ashamed while reading it. This letter with derogatory remarks is distributed by Gautam Gambhir to make himself win. We never, in our worst dream, had thought that he (Gambhir) would stoop to this low to win polls," Sisodia said.

"I have only one question for Gautam Gambhir. If he is doing this against one woman, what about the lakhs of women in east Delhi who are worried about their safety," Atishi said.

In a tweet, Arvind Kejriwal too similar questions, "How can women expect safety if people with such mentality are voted in? Atishi, stay strong. I can imagine how difficult it must be for you. It is precisely this kind of forces we have to fight against."

Responding to it, Gambhir denied the allegations levelled against him by Atishi, saying he will withdraw his nomination if her accusations were proven true.

Gautam Gambhir, BJP's East Delhi candidate: I will definitely file a defamation case against them. You can't tarnish someone's image just like that, if you don't have the proof. I have never given a negative statement against anyone so far in my election campaigning. https://t.co/nETmu7SryS

In a series of tweets, Gambhir said, "My Challenge number 2, (Delhi Chief Minister) Arvind Kejriwal and Atishi. I declare that if its proven that I did it, I will withdraw my candidature right now. If not, will you quit politics?"

Slamming Kejriwal, Gambhir said, "I abhor your act of outraging a woman`s modesty Arvind Kejriwal and that too your own colleague. And all this for winning elections?

"I feel ashamed to have a Chief Minister like Kejriwal."