Official sources said Kumar had sought time till April 5 from the Election Commission to respond to the show cause notice as he was abroad. 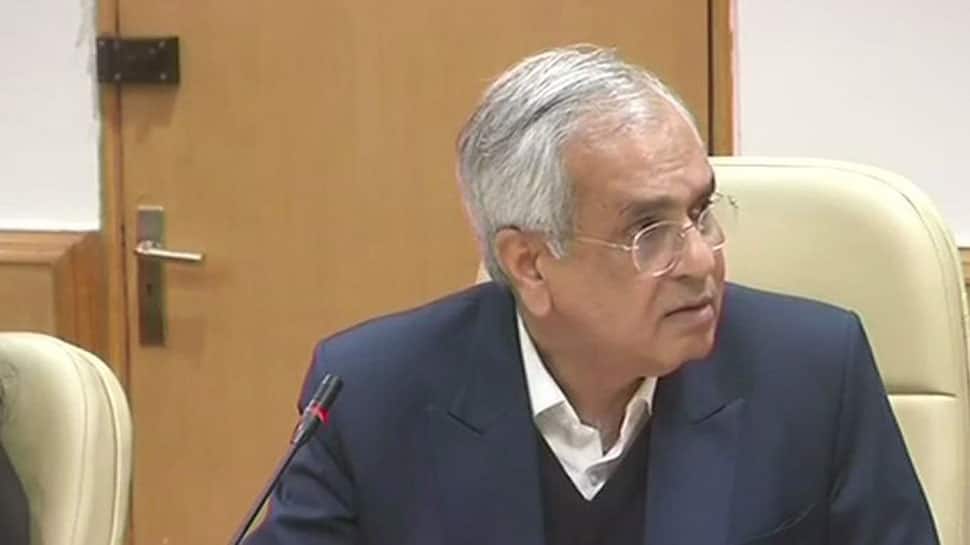 New Delhi: Niti Aayog vice-chairman Rajiv Kumar has been asked to furnish his reply to an Election Commission notice, issued for his remarks against the Congress over its minimum income guarantee promise, by April 2.

Official sources said Kumar had sought time till April 5 from the Election Commission to respond to the show cause notice as he was abroad.

The poll body, however, Friday decided that he be asked to respond by April 2 evening. Earlier, Kumar was to respond by Thursday evening.

The Niti Aayog vice-chairman had accused the Congress of promising "moon to win elections". He had also tweeted, "The proposed income guarantee scheme fails the economics test, fiscal discipline test and execution test."

In another tweet, Kumar claimed, "True to its past record of promising the moon to win elections, Congress President announces a scheme that will bust fiscal discipline, create strong incentives against work and which will never be implemented."

Kumar is reported to have made similar remarks during an interview as well.

At a press conference here Monday, Rahul Gandhi announced that 20 per cent families belonging to the poorest category will be given Rs 72,000 each annually as minimum income if Congress comes to power.

Sources in the poll panel said Kumar being a bureaucrat should not have made such political comments.