Central forces replaced state police at all polling stations in West Bengal for the final three phases of voting in Lok Sabha election 2019. This was done due to poll-related violence here. 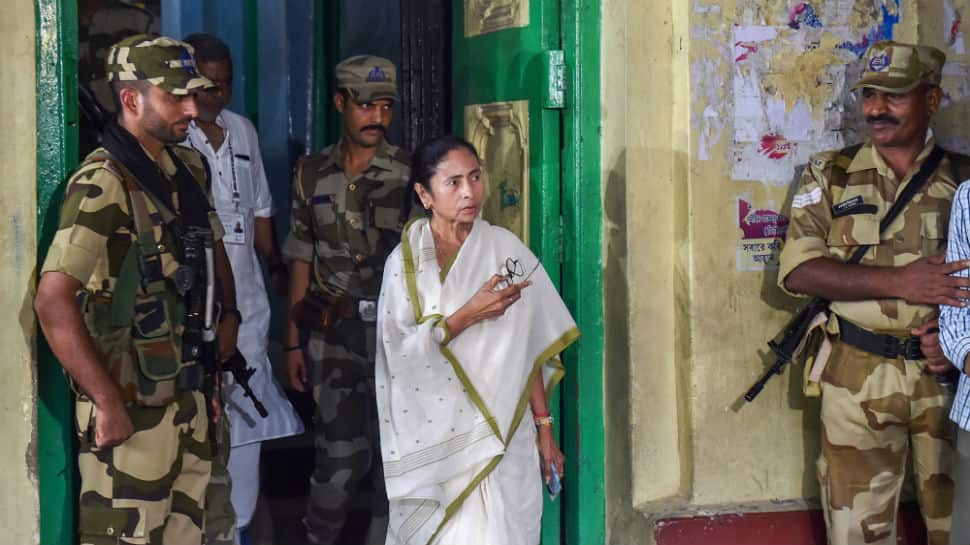 New Delhi: The Election Commission of India (EC) said on Monday that 200 companies of central forces will stay back in West Bengal to deal with any possibility of post-poll violence in the state.

EC Special Police Observer Vivek Dubey made the announcement and said that the 200 companies of central forces to be retained in the state will also ensure that counting of votes across West Bengal is done in a fair, orderly and peaceful manner. The personnel would be distributed across the state and the remaining 510 companies will move out.

Voting in Lok Sabha election 2019 ended in the country on Sunday with West Bengal once again seeing poll-related violence. In fact, the state witnessed poll-related violence in every phase of voting. The Trinamool Congress (TMC) and the Bharatiya Janata Party (BJP) engaged in a bitter blame game - both alleging each other of resorting to violence, booth capturing,  trying to influence/coerce voters and of undermining democracy.

The prevailing situation in the state became so sensitive that many poll personnel here warned that won't conduct elections unless central forces were deployed. This led to EC replacing the state police force at all polling booth with central forces for the final three phases of voting. This was seen as a rebuke for the state government under Mamata Banerjee because many felt she was unable to provide security to voters as well as polling personnel.

The battle for West Bengal would be keenly watched come counting day this Thursday as the BJP expects to make a solid mark here for the first time ever. A number of exit polls have even predicted that it would not just hit double digits in the state which has 42 Lok Sabha seats but could possibly leave TMC behind.