There are reports that former Bihar chief minister Jitan Ram Manjhi, who quit the NDA and joined the Mahagatbandhan, has likely been offered the Gaya seat to contest the election. 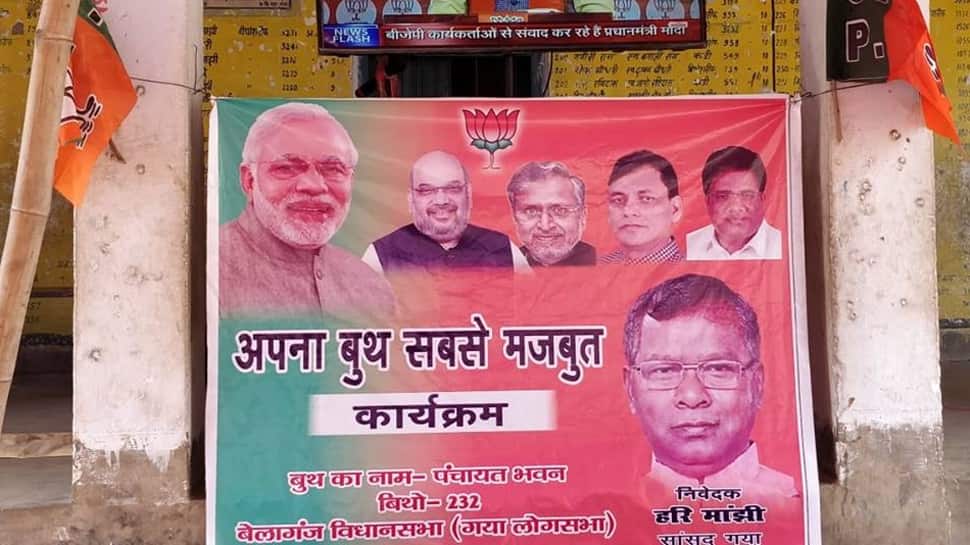 In the 2014 election, Bharatiya Janata Party's Hari Manjhi defeated Rashtriya Janata Dal's Ramji Manjhi by 115504 votes on the Gaya seat. The seat saw an overall voter turnout of 53.93 per cent which included 51.40 per cent female and 56.21 per cent male voters. Overall, Bihar had witnessed a turnout of 56.28 per cent in the 2014 Lok Sabha election.

There are reports that former Bihar chief minister Jitan Ram Manjhi, who quit the NDA and joined the Mahagatbandhan, has likely been offered the Gaya seat to contest the election. However, Manjhi has said that he is unwilling to accept just one seat for his party Hindustani Awam Morcha in the Grand alliance. He even said that his party will contest alone in 20 of 40 seats if they are not given a respectable share of seats.

The seat went into Janata Dal's kitty in 1991 and 1996 with Rajesh Kumar and Bhagwati Devi emerging as winners respectively. BJP's Krishna Kumar Chaudhari won in 1998 and BJP's Ramji Manjhi won in 1999. In 2004, Rashtriya Janata Dal's Rajesh Kumar Manjhi won before the BJP took over in the 2009 and 2014 elections where Hari Manjhi emerged as the winner.

Gaya features in the list of the 250 districts of the country which are economically dependent. They heavily bank on the government's Backward Regions Grant Fund Programme for its economic privileges.