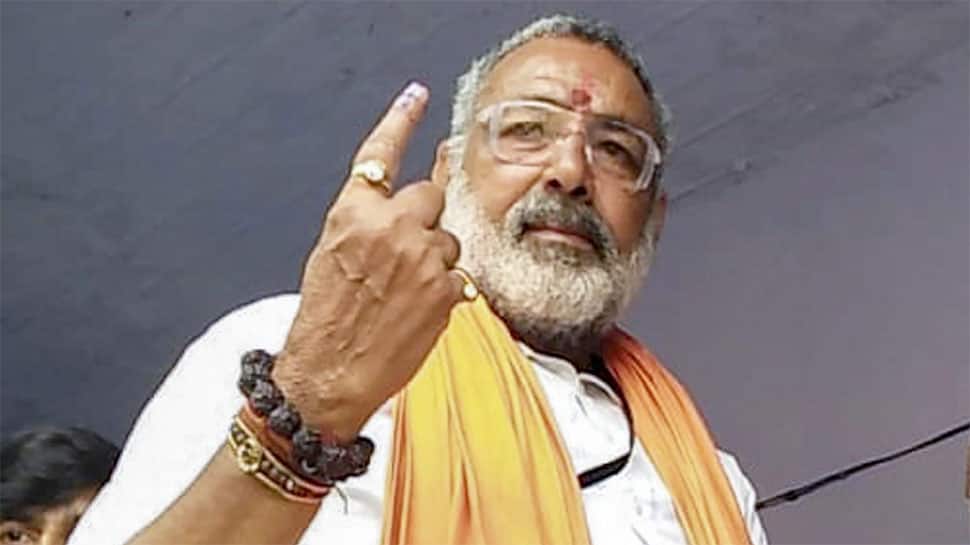 “The credit of the victory goes to Lord Mahadev, Narendra Modi and the people of Begusarai, who made up their the mind since the very first day. There's no place for those who favour bloodshed and social inequality,” he told Zee News.

Singh trounced his nearest rival CPI's Kanhaiya Kumar by a staggering margin of over four lakh votes. Initially, her was reluctant to contest Lok Sabha polls from Begusarai in 2019 as Nawada seat was alloted to Ramvilas Paswan's LJP as per the seat sharing arrangement with the BJP.

Speaking on the 'tukde-tudke' gang, Singh added, there's no place for malice in the society. Targetting Rahul Gandhi, he added, “Gandhiji's name has been sold. If Gandhi was alive today, his soul would cry.”

On RJD failure to win a single seat in Bihar, he says, “Country has rejected racism, dynasty, and region debate. In Bihar witnessed the wave of development and Modi.”

The 66-year-old was earlier the Minister of State (Independent Charge) for Micro, Small and Medium Enterprises in the Narendra Modi-government, began his political career as a member of Bihar legislative council in 2002.