Samajwadi Party leaders tried to downplay Mulayam Singh's statement, saying that it was all in humour. 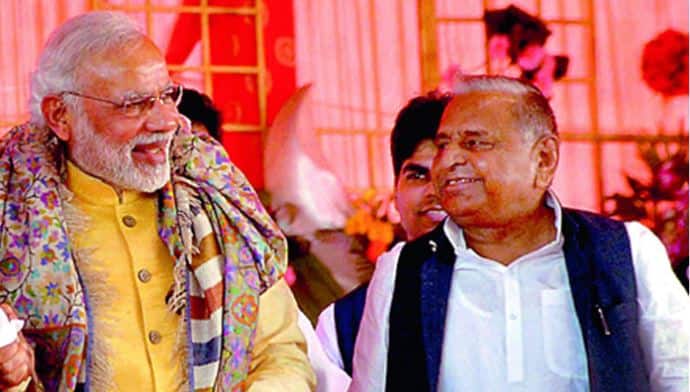 Though Samajwadi Party leaders tried to downplay Mulayam's statement, saying that it was all in humour, but it would not be wrong to say that SP patriarch's comment meant something far bigger.

"I want to congratulate the PM that he tried to move ahead taking everyone along. I hope all members to win and return, and you (PM Modi) become prime minister again," the 79-year-old Mulayam said in the Lower House of Parliament.

Former Congress President Sonia Gandhi was sitting next to Mulayam when he made the remarks. Prime Minister Narendra Modi welcomed the remarks by thumping his desk but Sonia did not show any emotion.

Later, when PM Modi took to the floor to address the lawmakers he responded to Mulayam's remarks by saying: "There is much to do. And Mulayam Singhji has given his blessings. I am very grateful to him."

CongressPpresident Rahul Gandhi, however, said that he disagreed with Mulayam's remark but said that the veteran SP leader has an important role in politics and he respects his opinion".

It may be recalled that the same wish was made by Mulayam Singh for outgoing PM Manmohan Singh in 2014.

At Arvind Kejriwal's mega opposition rally in Delhi today, Opposition leaders to take on the BJP